I went into business to secure my future – Ebube 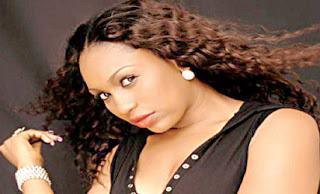 Beautiful and sexy Nollywood actress, Ebube Nwagbo, has made a name for herself in the movie industry. Since shooting into the limelight with her first lead role in ‘Arrested By Love’ Ebube’s loving aura and scintillating talent has won for her thousands of fans. In this chit-chat with Ayo Onikoyi, the curvy Anambra state-born actress opened up on why she ventured into business and talks about her own-produced upcoming movie. Excerpts:

How good has acting been to you?

The journey so far has been very rewarding. I thank God for my achievements and I know there is a room to improve and do more. I also thank my fans who have kept faith with me over the years. By and large, I can say acting has been good to me.

There was a time it seemed you have abandoned acting for business, how is the business

I never abandoned acting for business. Acting is my first love. I can’t abandon it. I just took time to expand my ideas,and delve into other things aside acting. I wanted to invest for the future and needed to grow. The business so far has been very good and encouraging.

This year alone, I have done several movies like Console My Soul, Clap of Thunder, Commander-in-Chief, Missing Link, Shades of Shame, Millionaire In-Law and some others. Over the years, I have built a name for myself and I have to protect it. I am also working on my own movie project. That is the next big thing on my itinerary for now.

What is the business about?

I have my hair-line called Posh Hair. I didn’t abandon acting, I just took time off to focus on the business and take it to higher level. I needed to invest my money in something that would always be there, something that I could fall back on when I eventually stop acting.

What has it been like combining acting with business?

It has not been easy but its worth the stress. But nothing good comes easy. I cope somehow. Even though I have some people that help me out in business, but I also supervise the day to day transactions they do. And for acting, I just have to be there in person, so it hasn’t been easy at all.

You said you have a movie project of your own, what is it all about and what inspired you to do this project?

Yes I am working on my own movie project at the moment. I have always wanted to do it but waited and planned towards it. The movie is a Love story told like never before. It’s a must-watch for everybody. It preaches love.

Is it a low budget or high budget film and like how much are you planning to sink into it.?

It’s not a low budget movie . It has gulped a lot of money but I won’t mention the figures but it’s worth it. I am not looking at the money spent but looking towards achieving my dreams and goals and doing it right and making an impact with it. Everything worth doing is worth doing well.

Which movie and what role has been the most challenging of your career?

Every movie has its own challenges, but my first movie is one experience I won’t forget. Then, I was still a little bit green. The movie was ‘Arrested By Love’ directed by Ifeanyi Azodo, it was the first time I was playing a lead role.

Which movie has been most rewarding to you financially and like much did you rake from it?

Every movie has been rewarding in its own way, financially and otherwise. Its more rewarding when you have created an impact with the role you have played and touched a life. So it’s not just about the money for me.

You are a very beautiful woman, what are your beauty tips?

I take care of myself by not letting anything stress me. I always wear a smile,that is the best beauty tip ever.

A story recently said you did a boobs job. Did you and would you, and what is your view of people who do body-enhancing jobs?

I did not do any boob job. People just can’t believe I can look the way I look without any form of enhancement. I do what is right for my body. I am not against anybody who wants to do any form of body enhancement. It is their body and their life. If you have the money and need for it. It’s your choice.

What would attract a man to you?

Humility. The man most have understanding with what I do as an actress and a businesswoman. And I don’t know how many men would be able to cope with that. What I desire most is patience, understanding and love and I don’t believe these are virtues all men have.

Are you in any relationship right now and may we share some details?

What actually happened between you and Kingsley of KC Presh?

When are we hearing the wedding bells for you?

When the time is set and right

Who are those people you admire in the industry?

I have always admired Liz Benson,and a lot of other people.

Some of your colleagues married married men. Would you marry a married man?

Life is all about what makes you happy. I don’t judge. Whatever floats one boat is what one should do.

Before you take up a role what do you first consider?

The script and the storyline are the major things I consider, then other things follows.

Which part of your body do you consider sexiest

I can’t really say which exactly. It could be my legs or my curves. People have always told me I have a sexy curve and legs too get commendation from time to time.

Nollywood is really evolving, with more sensual scenes. Would you take a role that involves you having sex on set?

No I won’t take such a role.

Do you subscribe to the notion that Ghollywood has overtaken Nollywood?

The industry is big enough to contain both Nollywood and Gollywood. I don’t believe in that notion. there’s enough space for everybody to operate. In fact there should be more cooperation for the two industries to integrate and grow for the good of Africa.
Posted by Unknown at 14:31