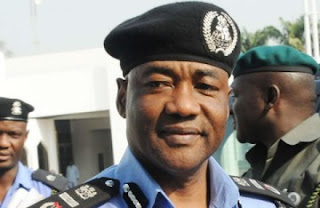 Abubakar said the vehicles were meant to reinvigorate the Police Highway Patrol Units and facilitate crime control, enhance speedy response to distress calls on the highways and boost the capacity of the police to maintain round-the-clock presence on the roads.

The IG warned against misuse of the vehicles, stressing that they must be used for the purposes for which they were deployed.

The police chief directed state commissioners of police to supervise the use of the vehicles.

He said, “The CPs are to provide close supervision of the men and materials under their command and ensure that these officers operate within the confines of relevant laws regulating their deployment.”

He urged highway patrol officers to shun corruption and unethical conducts, and to ensure that they used their weapons in accordance with police rules of engagement.

Abubakar said, “This administration will not tolerate any act of disrespect by police officers to any citizen of this country. Anybody found wanting in the act of bribery and corruption, no matter how little, will be sanctioned.

“You must accord maximum respect to the fundamental rights of citizens at all times.”

He acknowledged the challenges faced by policemen in the prevailing security situation in the country, commending them for their commitment and professionalism.

He also commended state governments that had donated crime fighting equipment to the police, calling for more public support to enable the police to perform effectively.