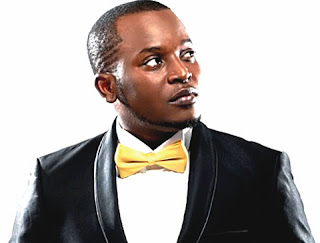 Given the wobbly and withering potency of the Performing Musicians Association of Nigeria, a coalition of artistes led by Banky W, eLDee and MI championed the founding of a new association last year. However, the noble initiative has remained a stillbirth thus failing to entrench a formidable music body that would look out for new generation artistes. While eLDee agrees that there have been issues militating against the new body’s trajectory, Banky W, whose voice resonated the loudest then, would rather not comment.

More than a year after a coalition of some of Nigeria’s brightest contemporary artistes converged on a popular hangout in Ikeja, Lagos, to effect a generational shift in the running of PMAN, by forming the association that would be their face and voice in the running of music in Nigeria, the idea has remained a stillbirth.

Burning to provide alternative leadership and direction for the new generation artistes against the run-down and polarised PMAN, producer-songwriter- singer, Lanre ‘eLDee’ Dabiri, had said then, “We are waging a war against an ideology that has held us back for too long. We have tried to unite and they refused; we shall begin a new movement since they don’t find us worthy. They can continue with PMAN but we, the musicians, will stand by our need for change with a new alliance that represents and protects all, old and new. How can an association that is supposed to look out for new musicians be governed by musicians who don’t understand today’s issues? We have built an industry out of the nothing they provided us with but they still want to be a part of determining our future; how do you plan for a future that you won’t be a part of?”

So committed and enthusiastic were the artistes that they elected members into a committee that was supposed to oversee the operations of the union until a proper election was conducted. Among such are eLDee, Mr. Kool, Jude Okoye, Efe Omoregbe, Sound Sultan, Kenny Saint Brown, Banky W and Don Jazzy. eLDee had also said, “We have taken a stand and all Nigerian musicians are welcome to be a part of a new idea, a new union, young or old.”

This came up February 2011 in the wake of the controversial convention of PMAN in Oshogbo, Osun State. Reiterating the expediency of the new association they were championing, R and B heartthrob, Banky W, had intoned then, “PMAN is now a shadow of what it used to be, and essentially a disgrace to the legacy those that came before put forth. Nigerian musicians are achieving worldwide success in leaps and bounds, yet, a snapshot of today’s union shows that absolutely none of the significant musicians representing Nigeria is involved in the running of PMAN. Nigerian musicians have accomplished great things in spite of a union that no longer cares or caters to their needs; a union that has been run down by greed, poor leadership and an archaic mentality; and a union that has alienated the very professionals it is supposed to cater for.”

Today, PMAN is almost no more. If the proponents of a new music body have done anything at all since their first meeting, the world cannot see, making many wonder and accuse Banky W, MI and eLDee especially of betraying new generation musicians. E-Punch sought the opinions of the musicians on the prevailing situation but reps for Banky W said he found E-Punch’s questions, sent via email as he was abroad at the time, inappropriate and might not be disposed to answering them. Yet, his voice was loudest back in the day.

However, Trybe Records boss and pioneer hip hop artiste, eLDee, took his time to reply E-Punch’s correspondence. Says the University of Lagos Architecture graduate, “I was indeed a part of a group of musicians that reached out to the Performing Musicians Association of Nigeria to lend support and review the existing situation for a way forward last year. What we found was a system that was riddled with corruption and disarray. Yes, we did have a meeting afterwards with most contemporary Nigerian musicians present, but No, we did not create a parallel association. PMAN is a labour union, it is impossible to create two unions for one trade. What we did was advise all artistes on what their rights are, and how to look out for their best interest, since our musicians’ union was incapable at the time. There may have been groups of artistes who decided to create smaller associations but none can function in parallel with PMAN.”

Continuing, he states, “I come from a generation of young, resourceful Nigerians, who revived a dying music industry, gave it a new identity, and have contributed immensely to the re-branding of Nigeria through entertainment. It took more than two decades for PMAN to disintegrate into what it has become, I am not disillusioned about how long it may take to fix PMAN. I am very sure it will not happen overnight. I believe steps are being taken to fix the union and get it back on its feet and I applaud every one who has stepped up to lend a helping hand. I belong to the only generation that has decided to be agents of change by taking our future into our own hands. We have done it all without any help from the government, nor PMAN. We have finally created a viable industry for musicians and continue to reinvent the business of music and entertainment in Nigeria, we are far from failures.”