I resigned to satisfy Investors interests in PHCN privatization – Nnaji 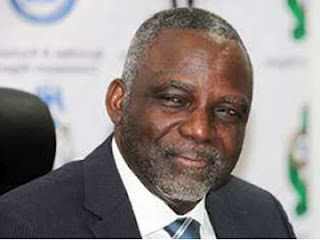 Investigations has reveals that former Power Minister, Barth Nnaji lost his job to the fierce power play by investors bidding for plants and distribution companies, as it was learnt last night.

No fewer than 51 investors are bidding for 11 distribution companies, including the controversial Enugu Distribution Company, which cost Nnaji his job.

According to sources, some of the powerful would-be investors that Nnaji may have offended include some ex-Heads of State, governors, top businessmen who are also  election financiers,  one or two retired Secretaries to the Government of the Federation, some stakeholders in the South-south and Southeast and top government officials.

These powerful interests are covertly promoting companies bidding for power plants and distribution companies through their surrogates and international investors.

Investigation by our correspondent revealed that these vested interests were “too hot for Nnaji to handle”.

It was learnt that Nnaji managed to accommodate these bigwigs until he ran into a “big storm” in the Southeast where his company, Geometric Power was implicated in the bid for Afam Power Plant and Enugu Distribution Company.

Geometric Power, is said to have a minority stake in the Eastern Electric Nigeria Limited, which submitted technical and financial bids for Enugu Distribution Company on July 31.

Also, one of the consortia bidding for Afam Power Plant, O and M Solutions of Pakistan, was once  Geometric Power’s contractor.
Posted by Unknown at 15:30