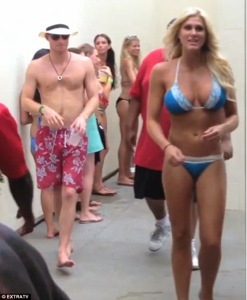 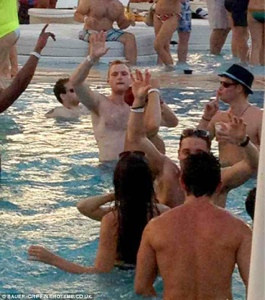 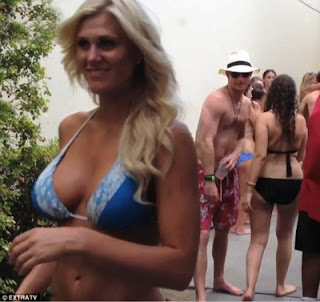 PLAYBOY Prince Harry is at the centre of controversy after pictures of him cavorting stark naked with a mystery girl during a game of 'strip billiards' appeared on the internet this morning.
A string of embarrassing photos have surfaced online of the starkers Prince – wearing just a watch and a necklace – partying in his VIP suite in Las Vegas.
In one graphic shot, Harry is seen protecting his own modesty with his hands as a nude girl hides behind him.
Another shows the third in line to the throne bear-hugging an undressed girl with his bum bared to the camera.
In the blurred background, fellow revellers are seen gathered around a pool table.
Posted by Unknown at 14:08