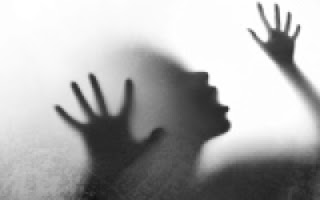 An 11-year old girl who was a victim of sexual abuse (name withheld) stunned the police in Lagos State, southwest Nigeria, when she confessed that she enjoyed having sex with their neighbour, Adams Oliyide, who allegedly defiled her on many occasions.


The victim told the police that she did not tell anyone, including her parents, because she enjoyed having sex with the suspect.

The victim, who opened up to the police, when she was asked why she did not report the sexual assault to her parents, said whenever Oliyide invited her to his one room apartment, she always sneaked in and allowed him to have sex with her because she enjoyed it.

It was alleged that after having sex with her, he would give her money to buy food, sweets or biscuits and warned her not to tell anybody.

This went on for months until they were caught by their neighbour who raised an alarm and contacted the victim’s parents.

When the suspect was arrested, he was taken to Oke Odo Police Division, where he allegedly confessed that he had sex with the girl on many occasions.

The victim also confessed to the police that the 20-year old suspect had sex with her on many occasions but did not to tell her parents because she loved him.

But the police insisted that Oliyide committed rape because the victim was an under age.

He was therefore charged with rape at Ikeja Magistrate’s Court sitting in Abule Egba under Section 137 Of the Criminal Code Law of Lagos State of Nigeria 2011.
Posted by Unknown at 14:01