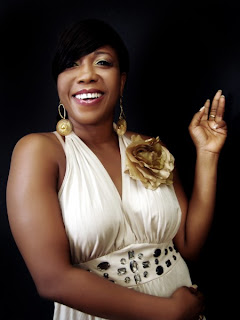 Looks like there is a brewing war of words between Kennis music singer Kenny Saint Best and her counterparts from Mavin records, Wande Coal and Don jazzy.
She is not happy with the supposed skimpily clad near nude girls in Wande Coal’s Go low video and has taken to social networking site Twitter to air her grievances.
In a series of tweets, KSB accused Wande Coal and Don Jazzy of bringing back nudity into Nigeria which may lead to an increase in rape cases. She has warn them to stop it before God stops them. We are still awaiting a response from the Mavin records camp.
See Kenny Saint Best’s tweets to Wande Coal and Don jazzy below. 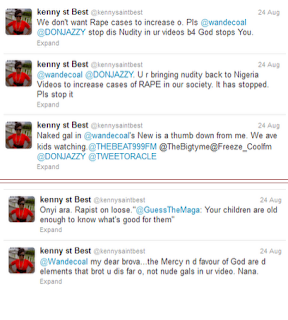