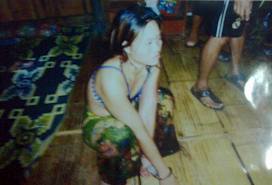 A Thai mother has been accused of killing, cooking and eating her sons because she thought they were pigs, the Bangkok Post reports. Hallucinations may have played a role in the tragic crime.

Police received a complaint last week that the woman, a member of the Musur hilltribe in Thailand’s ,Mae Ai, allegedly “butchered” her two sons, ages 1 and 5, and proceeded to cook and eat them.

According to the Bangkok Post, law enforcement officials allegedly found the woman asleep with several body parts strewn around her. Later, they reportedly learned she had been treated for mental illness since 2007.

A previous report from the Bangkok Post said that the woman stopped taking her medicine one or two months ago. A hospital report said the woman suffered from hallucinations and thought someone was coming to hurt her.

The news is the latest in a string of reported cases of cannibalism this year. Police busted a cult in Papua New Guinea in July for allegedly eating victims’ brains and penises. In April, authorities in northeastern Brazil arrested three people for allegedly killing women and making pastries with their flesh.

Earlier this year, hallucinations caused by bath salts were thought to be behind an infamous face-eating attack in Miami, Florida. However, a toxicology report later showed that only marijuana was present in the attacker’s system.
Posted by Unknown at 14:56