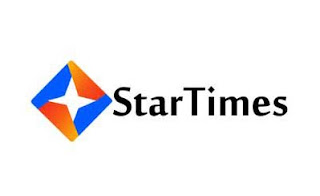 As part of activities to mark its second anniversary, the management of StarTimes has launched a mobile phone television for its Abuja and Lagos subscribers.

The mobile phone television is expected to give the company’s over 800,000 subscribers opportunity to watch their StarTimes television channels on their mobile phones.

The product was launched in Abuja last week by the chairman of the company, Mr Pang Xin Xing.

Senate President, David Mark; Minister of Information, Labaran Maku; Charge d’affair of the Chinese Embassy to Nigeria, Mr. He Meng and other dignitaries were at the event.

In his speech, Mr Pang noted that the mobile television launch was StarTimes’ way of helping subscribers keep up with their favourite programmes while on the move.

According to him, the signal of the mobile TV has been on trial since 2010 and has only recently been certified okay.

“In the past two years, with the vision of enabling every Nigerian household to afford digital TV, to watch digital TV and enjoy digital TV, NTA-STAR has already set up the DTT network in nine regions, including Abuja, Lagos, Kano, Ibadan, Port Harcourt, Benin, Kaduna, Onitsha and Asaba, offering clear and rich digital TV programmes to Nigerian people at affordable price and providing digital TV transmission service for national TV station and private TV stations.
Posted by Unknown at 16:03