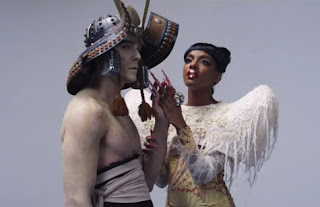 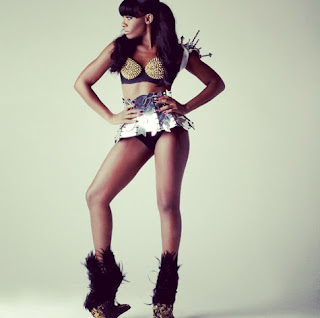 Dawn Richard transforms into a warrior goddess in the high-fashion video for “Faith” and “Wild N’ Young” aka “Wild N’ Faith,” the third and final visual from her No. 1 EP Armor On. In the concept-driven clip, the former Dirty Money diva goes to battle, losing the fight and restoring faith in warriors that have lost their way.

“I am the goddess of faith sent to restore faith in my apparitions,” Dawn told Rap-Up.com. “This carries the modern day Joan of Arc theme for Goldenheart. Each outfit carries a look of armor.”

Since leaving Bad Boy, the now independent Dawn’s path has mirrored the video. She has had to hear no evil, speak no evil, and see no evil.

The short film, directed by Eugene Lee Yang, serves as the segway into Goldenheart, the first album in her trilogy, due October 16.