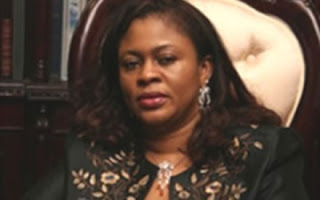 The Minister of Aviation, Princess Stella Oduah, has said the Federal Government has no plan to sell the Nigerian College of Aviation Technology, Zaria, Kaduna State.

Rather, she said the government had plans to reposition the institution to make it rank among the best aviation training centres in the world.

Oduah gave the assurance in a statement issued in Abuja on Wednesday by her Special Adviser on Media, Mr. Joe Obi, according to the News Agency of Nigeria.

The statement said the minister gave the assurance at the end of a meeting she held with officials of the National Association of Aircraft Pilots and Engineers and Nigerian Civil Aviation Authority.

Oduah said NCAT must be made to grow through a deliberate policy of professionalism, partnership and collaboration with other reputable aviation training institutions around the world.

“The government means well for the sector and, therefore, needs to build, rebuild and continue to build the sector in order to achieve the goal of transforming it as the main catalyst for the socio-economic growth of the nation.

According to her, the government has carried out a serious system audit in the aviation sector and has realised its importance to the economy.

“That is why we must give it all the necessary push to play its pivotal role for the nation’s economy,” she said.

The statement quoted the minister as denying claims that the Bilateral Air Service Agreement fund was being withdrawn without due approvals.

She said the money was still in the custody of Central Bank of Nigeria and that nobody could gain access to it without presidential and legislative approvals.

Oduah said, “It is absolutely impossible for anybody to access that fund without all necessary approvals. The money is in the CBN, and as I speak with you, the money has not been spent, even though we are subsequently going to spend what has been approved.

“Above all, the CBN must certify that you have followed all the processes before they can allow any withdrawals. In summary, all envisaged processes have been followed and the necessary approvals secured. Nobody can, therefore, access that fund fraudulently or otherwise.”