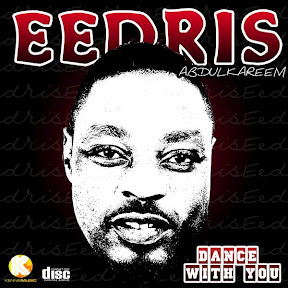 About 10 years after ebullient rapper, Eedris Abdukareem, released a song titled Nigeria Jaga jaga, former President Olusegun Obasanjo is still angry with him.
Obasanjo had  hit back at the artiste when the album was freshly released, with some people quoting him as saying it was the singer’s father’s house that was jagajaga.
While many people may largely agree with the singer that the country is truly upside down based on the state of things, Obasanjo, has again described the song as being  blasphemous. According to him producing such a song shows that the artiste does not believe in the future of the country.
The former president made the remarks in Lagos on Tuesday while speaking at a forum organised by the Nigeria Leadership Initiative. Obasanjo also expressed his passion to see the country excel.
Expressing his disdain for the attitude of some Nigerians, he said one of the worst problems Nigeria is facing is disbelief.
“Nigerians no longer believe in themselves;  neither do they believe in their country. That takes me back to that song ‘jaga jaga’. How could a sane man dare to call his country jaga jaga?” he said. “It is the height of blasphemy. We are grooming our youths for tomorrow’s leadership and with such persons, I don’t think the country can move forward.”
The former president has never hesitated to express his displeasure at Abdulkareem, a former member of The Remedies, for deriding Nigeria.
The hit track of the album released on Kennis Music label was banned from radio airplay by the president in a televised address, although it enjoyed continued play in nightclubs.
Abdulkareem had a chance to reply Obasanjo in January during the fuel subsidy protest. He said, “The man wey say i dey craze because I sing Nigeria Jaga Jaga where him dey now inside this hardship? Na 2002 I singNigeria Jaga Jaga, na 2012 we dey so o.”
Posted by Unknown at 13:28