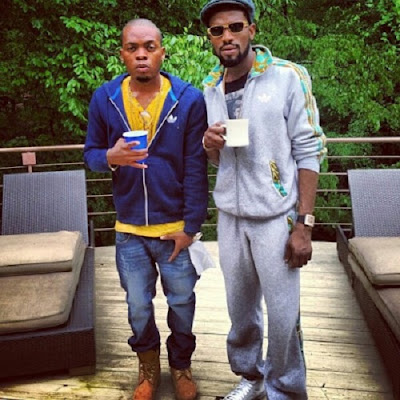 Finally I've got the much anticipated gist. Badoo is now a confirmed member of Eja Nla family. My source, who is a top insider in the crew, told Maurice that it was not a problem getting Olamide to sign on to DB Records.

Olamide is the hottest "thing" in the music industry today and any track that has his voice on it usually becomes a show stopper. D'banj knows this and gave him a mouth watering deal...

The Kokomaster, according to my source, told Olamide that he could still become everything he wanted to become and even more by working under him. He reminded Olamide that he (D'banj) had to work under Kanye West just to get more international exposure and recognition but that he still remains an independent artiste and his own man.

Olamide naturally likes D'banj and feels at home around him. We learnt that he has put pen to paper and is now officially an artiste under D'banj.
Posted by Unknown at 03:49