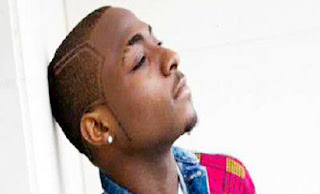 D’Banj was at his best last night when he performed to a sold out crowd in London. But shine was taken off the show because the much talked about appearance by Dami Duro crooner Davido, never happened.

After much hype about performing at D’banj’s first ever UK concert since his separation from Don Jazzy, Davido was denied the chance of a lifetime to rock alongside his hero because he was granted work permit by the UK consulate office in Abuja, Nigeria.

Sad about the development, he issued a statement, stating reasons why he was absent at the much publicized concert after which he went ahead to apologize to fans.

E-Daily stumbled on a  supposed statement issued by Davido to fans, stating that he “regrets” to announce to his UK fans, his absence at D’banj’s London show.

“I regret to let you know that I will not be performing along side my most respected big brother and friend D’banj at the scheduled show of August 27, 2012 in London.”

Davido then went ahead to explain his reasons, saying that being a citizen of Nigeria and America, he doesn’t require a visa to enter into any of these countries. However, in compliance to the UK law, he needs a work permit in the UK for any paid performance such as D’banj’s London show.

He went further to say he’d applied for work permit at the British Embassy in Abuja/Lagos but was denied the work permit hence, he’d to cancel his appearance at the show.

I applied for a work permit at the British Embassy in Abuja/Lagos but unfortunately up till the close of business on Friday August 24, 2012 I was unable to obtain a work permit, as a result I have to cancel my performance and my trip to the United Kingdom altogether.”

He continues with an apology to fans, saying “I apologize for the inconvenience and the disappointment, but be rest assured that I will make it up to you all on a future date”.
Posted by Unknown at 12:57