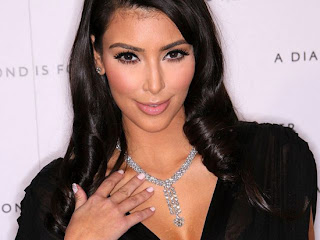 Veteran adult film actor Julian St. Jox told Star Magazine (so take this with a grain of salt) that the three-way sex romp went down at the Wyndham hotel in Culver City, California.
“It was around 11:30 p.m. when Kim showed up with a black male,” the porn star revealed.
Kim, who is now 31, was married to music producer Damon Thomas at the time, though isn’t clear whether or not he was her escort to the ‘party.’
“As soon as Kim walked in, everyone was looking,” St. Jox said. “She wasn’t known at the time at all, not like today, but for everyone who frequented these parties, she was interesting because she was a new face.”
He recalled, “She was wearing a tight miniskirt and tank top and designer shoes and bag. From afar she looked gorgeous. She had a great body and seemed bright … [she] something special about her: a je ne sais quoi.”
St. Jox said his date, female porn star Emily Ann immediately took a liking to Kim, and all of them — including Kim’s date — eventually found a private room where the REAL party went down … allegedly, of course.
“[Kim] looked like she was enjoying herself very much,” the 45-year-old adult entertainer claimed, adding that Kim and Emily Ann had sex with each other, at one point.
“She knew what she was doing. She was very responsive to me,” St. Jox said.


Do you believe this?