My boss was stabbed in the back – Ex-minister’s aide 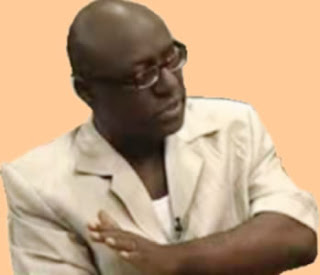 Special Adviser on Communication to the former Minister of Power, Mr. C-Don Adinuba, on Wednesday faulted media reports that his boss, Prof. Bath Nnaji, was fired by President Goodluck Jonathan over conflict of interest in the ongoing privatisation of power generating firms.

Adinuba said, “Let me tell you clearly that he was never interested in Afam; he only got to know on Thursday that a company he used to have dealings with was involved in the bid for Afam and on Friday, he had a meeting with the Vice President and told the NCP. So he was the one who called attention to it.

“As is the case all over the world, he has resigned from all these companies; and when you leave, you don’t even know what happens to them.

“He left the meeting on his own terms; key people in government were sponsoring negative stories against him in the media; he was being stabbed in the back.”

He stressed that Nnaji resigned voluntarily from office, stressing that people were only making up the stories that he was fired.

He also dismissed reports that the minister was interested in the Afam Power Plant, saying it was Nnaji that drew the attention of the National Council on Privatisation to the fact that a company he once had dealings with was involved in the bid for the Afam Power Plant.

Adinuba argued that the NCP members did not know until Nnaji volunteered the information and decided to leave the meeting for evaluation of bids on his own.

He claimed that Nnaji resigned because of the painful realisation that even “very highly-placed people” in government were sponsoring negative stories against him in the media.

Adinuba said that his boss was back-stabbed in the process of ensuring successful implementation of the power sector reforms.

He insisted that the ex-minister only knew about the issue of the company on Thursday and consequently alerted Vice- President Namadi Sambo, who is the Chairman of the NCP, and other members.

He argued further that the former minister had resigned from all his companies and did not even know what was going on in them.

“I can tell you that he resigned voluntarily based on principle; you see, when (Dr. Ngozi) Okonjo-Iweala resigned as foreign affairs minister, people came up with all manner of stories.

“Some said she was sacked, others said she collected 10 percent of debt relief funds, all manner of stories that were not true.

“On the N6bn contract for refurbishment of Afam, I will say that I was not there at the Executive Council meeting but you must know that every plant has a provision for it in the budget.”
Posted by Unknown at 16:17