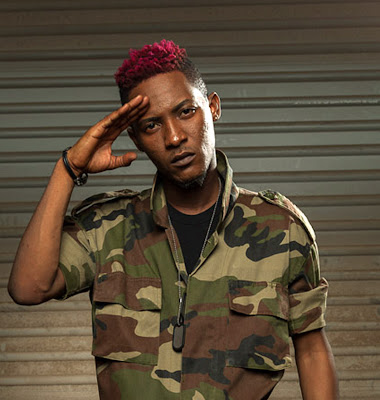 Jesse Jagz the talented rapper released a statement last night saying he has left his record label, Chocolate City. I hear the statement caught everyone at Chocolate City, where his brother M.I is a Vice President, by surprise. Jesse and Chocolate City have been having issues for a while but no one really expected him to make it public. I also hear he left because he wasn't happy about the way they were handling his music career. See his press statement below...
To whom it may concern:
I, Jesse Garba Abaga (also known as “Jesse Jagz”) an artist formerly signed to Chocolate City Music label hereby wishes to notify my fans and the general public about my voluntary exit from the label.
After my initial two year contractual agreement with Chocolate City, I do not wish to renew my contract with them and as such have proceeded to continue my music career with my new team at Jesse Jagz Nation. I still maintain a cordial relationship with the management of Chocolate City and my former label mates and I wish them the best in all their future endeavors. Any further information will be passed across through my publicist but until then, have a good day. Look out for my sophomore album JagZNation Vol. 1 coming out in July 2013.
Posted by Unknown at 10:14