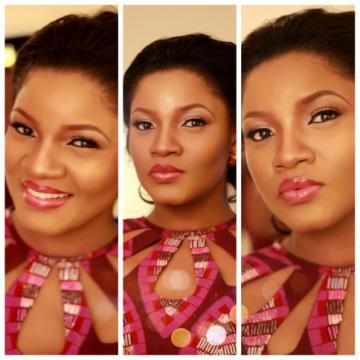 The multiple award-winning actress has been recognised with a special honorary award BEFFTA FILM ICON for her contribution to film industry in Africa, Europe and globally. BEFFTA(Black Entertainment Film Fashion Television and Arts) awards is Europe’s biggest award ceremony celebrating achievements of black and ethnic personalities in showbiz globally.

The Nollywood mega star who has appeared in over 300 hundred movies since starting her career at the tender age of 17 is popularly known for playing lead roles with films that smash the box office. Her recent films include Last Fight To Abuja, Amina, Ties That Bind and Ije.

Hailed as cinema box office queen, Omotola played lead role in the movie Ije, Africa’s biggest and highest earning movie in the cinemas to date. Omotola continues to appear on the screens globally with her latest movies Up Creek Without a Paddle and Blood on the Lagoon in post production .

Omotola is a World Food Programme ambassador and Amnesty international activists. The generous actress is a role model who gives back to the youth through her own charity Omotola Youth Empowerment Programme(OYEP).

BEFFTA founder Pauline Long praised Omotola’s great talent and commended her for being a mentor to the young ones aspiring to get into the film industry.
Posted by Unknown at 16:30