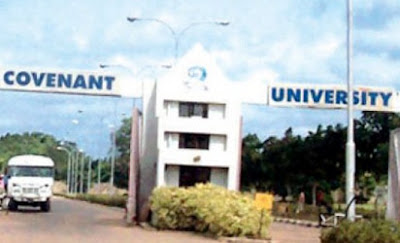 About 200 students may have been expelled by the authorities of Covenant University, Cannanland, Ota, Ogun State, recently for what was described as “disregard of paramount core values.”


A source said while the Education Secretary, Prof. Aize Obayan was addressing the students, the students were murmuring, then the Chancellor immediately took to the microphone and said: “if I hear the voice of any student, the curse of the Lord shall fall upon that one.” The chapel immediately went dead silent.

Frustrated and angered by the development, some of the affected students gave account of what happened as they battled emotions while narrating their situations. 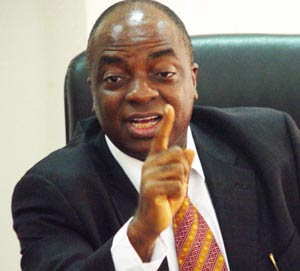 Vanguard investigation revealed that out of the figure, about 126 were expelled for not attending the ‘departure service’, meant to sign off from the school after the end of the Semester and Matriculation of students on November 30. Five other students were thrown out for smoking while unconfirmed source said additional 60 got the same fate for violating other rules bordering on the University’s "core values".

Also, a few others were given four weeks suspension for failure to sign the head count that was conducted a couple of weeks earlier.

A letter of expulsion signed by the Registrar, Ntia Ubong, stated that the affected students contravened Chapter 1, section 30, page 40 of the 2010-2014 Student Handbook.

We gathered that the massive expulsion was predicated on the anger of the Chancellor, Bishop David Oyedepo who was said to have been infuriated after seeing students loitering around when they were supposed to be at the Chapel for the Departure Service.

He was said to have personally chased students to the Chapel and ordered for a search into all the halls and colleges to fish out those who did not attend the service.

Several attempts to get the school authorities comment on the issue proved abortive. The Instituion’s Corporate Affairs Head, Mr Igban Emmaunel also refused to comment as calls pulled through to him were unanswered and text messages not replied.

The students are calling on relevant authorities in the country to intervene in order to save their future.

How The Problem Started...
Few of the affected students gave account of what happened at different points. The similar accounts go thus:
“On November 30, the last day of the semester, preceding our December break, there was also a Matriculation for the 100 level students; in fact some students had their last semester exams on that day, some of them finished around 3:00pm while the matriculation started around 8am. Some students retired to their rooms to relax while some engaged in some other activities jubilating the end of the semester.

“Some also got drinks from the matriculating students. Even as these were going on, some students who finished around 3pm retired to their halls. By 5pm, they announced that we should get prepared for the ‘Departure service’ which was to start by 8pm. Some students were already seeing their parents off while some of us were just trying to relax to get off the stress of the exams.

“Most of us hadn’t gotten through the tiredness of the sleepless nights of the exams; so, some us stayed back in our rooms. The departure service is usually a day before we go home and it is usually presided over by the Chancellor. Before the commencement of the service, they used to lock up the main doors of the halls so as to prevent cases of theft. I was not bothered since there were a lot of us in the hall. Some minutes past 8pm, they switched off the light and all of us in the hall went into our rooms. Because of the darkness and the cold, I slept off immediately.”

He continued: “The persistent knocks on the door woke me up and I realised that they had come to search for people who had not come to service. Before I realised what was going on, I found myself with other students numbering about 30. They took down our names and counted us to make sure that no one was omitted. They said the Chancellor was at the service and we refused to come. I heard them talking about other halls and they asked us to wait. I didn’t take it seriously because I never believed in my widest imagination that we would be expelled. We were later asked to go to our various halls.

“Some of those who went into hiding were lucky as they were not found. Shortly, those who went for the service returned and told us there was poor attendance at the Chapel and how students were diving in through the windows, scampering for seats. In fact, one narrated to us how the Chancellor jumped through the window to vent his anger on some students who had jumped in,” he stated.

Another expelled student also gave similar account of the incident:
“I couldn’t go to the service because, I was not feeling well which was as a result of the stress of the exams we had just finished. After a while, I managed to go but I heard that they started driving people back around 7:30pm while the service was to start around 8pm. I was surprised because the rule was that you’ve got to be seated 15minutes to the service. Again, it was never made compulsory, but they tried to get students out of the halls to prevent cases of theft. So, because I was not feeling well, I went back to my room because I needed to rest for a while.

“I thought it was a joke when they said we are in for expulsion because we failed to come for departure service. I have never done anything contrary to the school laws. I have never faced any panel before and neither did I have any unpleasant case in my file. I never thought it was real until letters were handed to me the following morning.”

Giving account of how letters were handed out to them, the visibly troubled student said:
“By 6am, they announced the names of those who were caught in halls and colleges. Usually after the departure service, one can sign out from there and go but because it ended late and no one could travel, students had to wait till the following morning. But the hall officer told those of us whose names were written down that if we leave, we should be considered gone from the university forever. That gave us an insight into what was likely to come as punishment. By 7:45am, we were called once again to go downstairs for our letters. Those who collected theirs before mine were crying and I wondered what the punishment could be until I read the letter stating I was expelled from the university.”

Parents Have Also Reacted...
A few parents who volunteered information spoke to us on condition of anonymity fearing that their children might be victimised in case the issue was resolved amicably. One of them said with bitterness that it is unacceptable, adding that the expulsion was not commensurate with the offence deemed to have been committed. He urged the school authorities to rescind its decision adding that the future of the students is at stake.

“For me, it is not acceptable. These students were not given fair hearing. Expulsion should not be a punishment for failure to attend service. We all agree, it is a Christian school but failure to attend church service could be due to a lot of reasons. I gathered that some of the students even finished their exams about 5pm that day. So, those people that finished at that time had barely three hours to prepare for the service.

"But stampeding them to congregate for service and then expelling those who did not come is a decision taken too far. For me, if there was poor attendance, I think the authorities have a responsibility. They have not been fair in putting the service so close to the examination. Even God will not do that.”
Culled from Vanguard
Posted by Unknown at 22:35