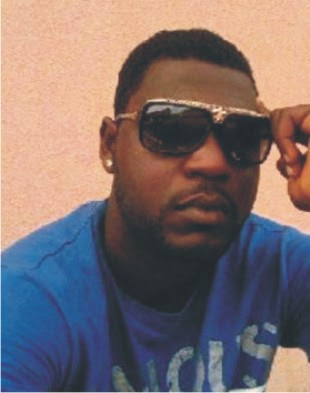 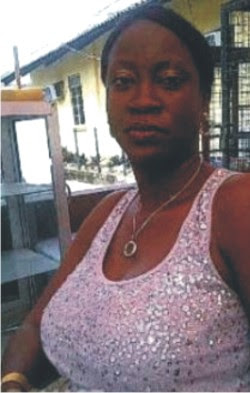 Whenever you see two lovers wash their dirty linens in public, things must have fallen apart to the point of 'irreconcilable differences'. This may best explain what is now brewing between handsome Yoruba actor, Oreoluwa Jokotoye popularly known as Bigvai and his embittered lover, Bukola Temitope Ajayi.

According to a distressed blackberry broadcast message sent by the handsome actor on Sunday night, he alleged that his lover is after his life and that she allegedly duped some of his (Bigvai) colleagues in the industry of their hard-earn money worth over 1.5million naira.


The blackberry broadcast from Bigvai reads:

"Bigvai Oreoluwa Jokotoye is my name. Pls, dis is 2 tell my friends, fans, colleagues and evry other Nigerians out there that I am not married 2 Bukola Temitope Ajayi. That she has duped my blood sister a sum of 500,000. Antar Laniyan 170, Abbey Lanre 240,000. Sunny Alli 130,000. Lola Idije 120,000 and other people whch include Lanre Hassan (Iya Awero), Ireti Osayemi, Juwon, Alhaji Adenrele and other crew members.

"She also stole 150,000 from me, she duped Bayo Tijani and his crew too. and she has vowed to kill me by sending assassin 2 me.

"Incase anything happens 2 me, she's responsible oo. U can check my dp 4 her pix. Am appealing 2 u all 2 help me rebroadcast as fast as possible. Tanx."

But in a reaction to the blackberry broadcast sent out by Bigvai, Bukola denied ever threatening his life. She claimed that Bigvai has been depending on him to survive. She denied duping those the actor alleged her to have defrauded, but claimed that after giving Bigvai the sum of two million naira to do a movie, a romantic relationship started between them.

Her own blackberry broadcast reads:
"My‎ ​‎​‎​ name is Ajayi Oluwabukola Temitope. It's a big lie, i didn't dupe Bigvai sister in anyway. I came to produce (a movie) and Bigvai Oreoluwa Jokotoye collected the sum of 2million naira from me and he promise to help me out. Along the line, we started dating. During the Itunu Awe, Baba Tee, Sodiq Adebayo came to pack everything in his house and i used my money to buy it back. I av bin feeding him for the past 3mnth now. I am even preganant for him now, but all what he want is my ‎​‎​moni.

"If ​u guys notice, I am the one dat changed all his wardrobe for (him). He even said it dat wen he was with Adebayo Salami (Oga Bello) dat Oga Bello was using his star dat was why he left him. I did(nt) dupe anybdy. Oreoluwa Bigvai Jokotoye is a gold digger nd he depends on woman. I (he) stole my ‎​guds what (worth) 350k away. I nvr told him I'll kill him. What is my‎​ gain if i kill him? Can his dead body bring back my​ moni, talkless (let alone) he being alive. I think he has metal pblm. I av hard diff story abt the way he dupe girls industry, lyk Habibat Jinad, Shai, BJ, Tola Ayeni etc. plssssss am nt a killer ooooooo. plsssss help me to rebroadcast."

When contacted, Bigvai insisted that his BB broadcast was true. Asked if truly Bukola is three months pregnant for him, he said he has not yet received any medical report from the doctors concerning that.

When asked if he indeed had a romantic affair with Bukky, he stuttered and said he would not want to talk about the issue anymore because he wouldn't want the press to get involved in it.