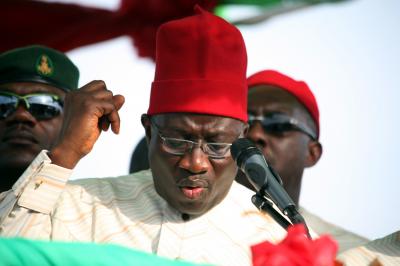 Cheap talk won't do it but hard work with visible results:

“Mr. President has a manifesto to work with but has yet to fulfil his campaign promises. Rather than follow his manifesto, he removed subsidy on fuel last January and brought out problems.

“Now that he is aware that he’s slow in performance; let him deliver all his earlier promises first before making other ones.”

Said the National Publicity Secretary of the Arewa Consultative Forum, Anthony Sani, while insisting that Nigerians would continue to hold Jonathan responsible for his promises and failure to fulfill them.

Similarly, human rights lawyer, Femi Falana, SAN, challenged Jonathan to make public his plans for 2013. He said, “Now that the President has promised a new lease of life in 2013, he should tell us the areas he wants to focus on. Already, the 2013 budget is almost like that of 2012.

"The government still has to service our national and questionable debt and run the expensive bureaucratic government structure. He should tell us how he wants to perform the miracle.”

In the same vein, the Action Congress of Nigeria (ACN) said government should focus on security, power and employment in 2013. Its National Publicity Secretary, Lai Mohammed, said:
“We will be more than happy, if he performs better next year. That will reduce the hardship being experienced by the masses and improve their standard of living. We will encourage and assist him to perform better.

“But the question is: Is there anything on ground for him to work with? If you want to commission a house next year, you must have acquired a piece of land by now. A better performance by him will be a pleasant surprise and we will welcome it.”

Recalled that President Goodluck Jonathan had recently admitted his slow performance and promised a better performance in 2013.
Posted by Unknown at 20:26