Who Killed Governor Patrick Yakowa And Why? 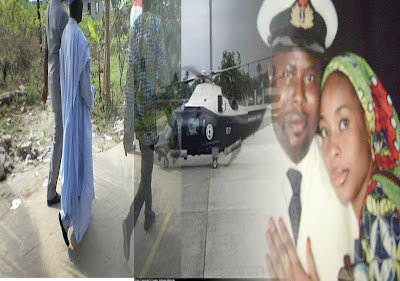 The helicopter exploded, burst into flames before plunging into the creeks, killing the governor of Kaduna State, Patrick Yakowa, former National Security Adviser, Gen. Owoye Azazi and four others in Nigeria's fourth air disaster in 2012.However, the question on the lips of many Christians in Kaduna is: 'Who killed Governor Patrick Yakowa?' This followed reports of jubilation in several Muslims dominated towns in Kaduna State as news of the governor's death broke on Saturday evening.

The fatal trip of the chopper, owned by the Nigerian Navy, which was to convey the governor and the former Security chief to Port Harcourt, enroute Abuja, was to be one of the helicopter’s last for the day.

But at about 2.30 p.m., minutes after takeoff, officials say, the chopper crashed, sparking an emergency crisis, and plunging a shocked nation back to fright and mourning. Many say they suspect foul play.

Although some notable individuals in areas where some misguided elements celebrated the death of their fellow human being (a Christian Governor) because of religious difference have condemned the act, many Christians are calling for a full inquiry into the incident, with a view to establishing the truth.

President Goodluck Jonathan, who described the death of both distinguished men as “extremely painful” for the nation, has also ordered an investigation into the crash.

Yakowa, Azazi and their aides, Dauda Tsoho and Mohammed Kama; and the pilots, Murtala Daba and Adeyemi Sowole, reportedly died in the inferno, having been badly burnt beyond recognition.
Posted by Unknown at 05:35