Osaze — I Regret Insulting Keshi But He Wasn't Fair To Me 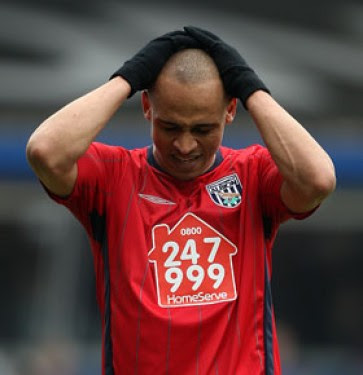 Estranged Super Eagles attacker Osaze Odemwingie has said he regrets his abusive Twitter comments. He claimed they were made because coach Stephen Keshi was not fair to him. He even described Chris Green, whom he had also abused, as a good man:

“I remember it was Green who settled my case with Siasia then, but I was too angry when he called me over this matter, and was impatient to listen to him.”

“My comment was not directed at him personally, but to those who made the decision, but I think I overreacted then.”

On his face-off with Keshi, Osaze said:
“I called the coach two or three times within that period, maybe two or three days before the list was made public and told him of my commitment to be part of the Nations Cup, and have told my (club) coach I will be going to the Nations Cup.

“I told the coach I was ready to report to camp by January 3, even before other professionals start reporting to camp, if I were in his programme for the Nations Cup, and even told him to feel free to drop me, if I were not in his programme.

“I felt betrayed after that seeming heart-to-heart discussions with the coach few days to the release of the team list and he could not hint me I was not in his plan for the Nations Cup.

“I am human and open to errors by the way I may have taken the issue, and regret the whole controversy, and want to put all this behind me now and focus on my club career, while wishing the team the best of luck as a Nigerian.”

Recall that the West Bromwich striker had in the wake of the release of the Nigeria provisional team list for the 2013 Africa Cup of Nations taken to his Twitter account and made disparaging comments against Keshi, the team captain and some Nigeria Football Federation officials.

Past coaches, including Samson Siasia and Lars Lagerback, were not spared and continued days later with direct hits at ex-Nigeria international Victor Ikpeba.

However, Osaze said his mistakes were made in a fit of anger.
Posted by Unknown at 12:48