Don Jazzy Gets Nomination as Man of the Year 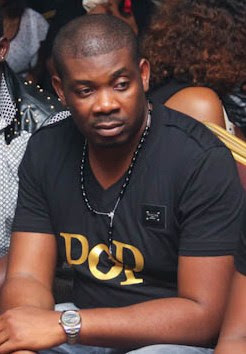 Naijahottestgist, one of Nigeria's hottest lifestyle and entertainment portals, has announced nominees for its inaugural Achievers Awards. According to the brand support officer, Abiri Rekhia Katherine, "Our intention is simple; we want to give a pat on the back to personalities who have distinguished themselves in their private or public endeavors; and have by so doing impacted a broad spectrum of Nigerians.

Apart from the honors these personalities might have, we at Naijahottestgist just want to say thank you." She says further that nominees were collated from Nigerians especially those in the online community. Voting starts from December 20th and ends December 30th. Winners will be announced online on December 31st while the Chief Operating Officer of Naijahottestgist, SeunOloketuyi, shall present the awards to winners personally with a letter of commendation in the first week of January. Click to see the nominees.


Bank of the year

Politician of the year

Brand of the year


Brand Personality of the year


Man of the year

Pastor Tunde Bakare; For mobilizing against fuel subsidy and staying put with the people

Umeh usuah; He Returned 14m which was forgotten in his cab

Don Jazzy; His dispositions to Charity causes has made him stand out among his peers
Posted by Unknown at 00:01