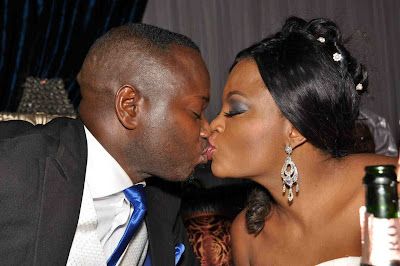 The popular Funke Akindele is a talented Yoruba movie actress who rose to fame in I Need To Know, a TV series that enlightened youths about HIV/AIDS. However, the Nollywood star cemented her stardom in the Nigerian film industry with her amazing performance in her rib cracking movie ‘Jenifa’.

This movie cuts across all social groups with the street parlance in it becoming the mode of communication at social gatherings. Many folks now says ‘Yelz’ instead of Yes, ‘Big Gehs’ instead of Big Girls, ‘Parry’ instead of Party, etc.

So far, Funke has earned over 56 Million Naira, netting about 20 Million Naira in 2012 alone.
Her movie ‘The Return of Jenifa’ brought 35 Million Naira to her coffers. ‘Maami’ (Starring Funke Akindele, Ayomide Abatti and Wole Ojo. Produced by Tunde Kelani ) made 11 Million naira. Funke was also the lead for the flick ‘Married But Living Single’ which grossed 9.9 Million Naira.

Another movie which she's part of is the upcoming ‘A Wish’ and industry buffs are already hoping it will become a box office success. With all these facts and numbers, the question about Funke Akindele being the richest Yoruba actress can be said to have been addressed.

Funke is undeniably very rich and to cap her success, the highly creative actress got married in 2012!

Source: Jaguda
Posted by Unknown at 10:33