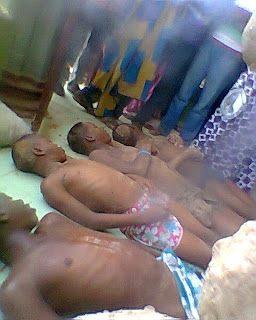 In rather mysterious and unclear circumstances, five teenagers have reportedly drowned this morning in Anambra state. The children, four boys and a girl went swimming for fun in the Omambala river at Umuezeanam, Anambra west, where they were later allegedly found to have drowned.
Four of the victims who are from the same family including the girl among them, and their friend, had travelled with their parents from Lagos to the village for the Yuletide celebrations when they met their untimely end on Christmas Eve.
Posted by Unknown at 13:25