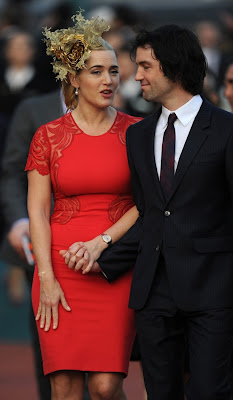 Now you know where some Naija celebs are copying their divorce act from:


37-year-old actress and Titanic star, Kate Winslet, has tied the knot for the third time in about a space of 10 years, this time with popular businessman, Ned Rocknroll.

According to reports, the wedding held secretly in a converted barn with less than 15 people in attendance, excluding the couple’s parents. Kate, it was gathered, was led by her long term friend, Leonardo Di Caprio to meet her husband, instead of her parents.

This is not the first time the actress is getting married secretly.
She did same with American beauty director, Sam Mendes, who she wedded in 2003 after her fall out with movie director, Jim Threapleton in 2001.
Posted by Unknown at 22:44