Tiwa Savage, Manager in Love Affair; Plus Why She Is Hiding It 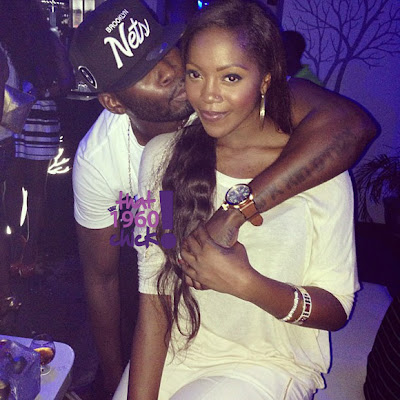 It took me a long time to report about this secret love affair because I needed my sources to give me something concrete to work on. Now I can confirm to you that beautiful singer, Tiwa Savage is indeed having a romantic affair with her manager, Tunji Balogun, popular known as Tee Billz.

Their affair has been going on for some time now but Olufamous.com gathered that Tiwa is not confident to share her joy with the public because of her man's "dirty" past.

From what I hear, Tee Billz, who was based in the United States before relocation to Nigeria, fathered two children (a girl and a boy) with his former girlfriend in California. Although he and the lady have separated, Tiwa is kind of uncomfortable to get married to a man who already have kids.

Olufanmous.com gathered that the issue has been disturbing her, despite the fact that she really loves Tee Billz and those close to her can vouch for her love for him. The guy is said to be doing his best to convince her that the kids won't pose any trouble and he's already gotten the support of some of her friends.

My sources tell me that there was some kind of "family intro" last weekend. So it wasn't much of a surprise when their friends, Omisore and Runky Sanda, described them as "favourite" and "cute" couple. 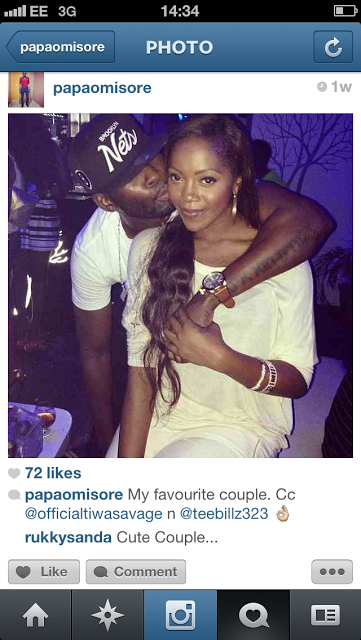