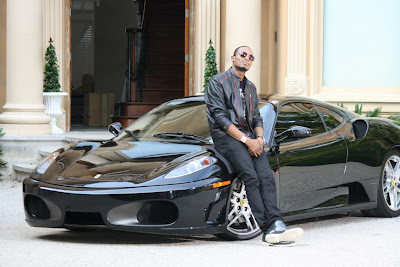 They’re making money as if it’s going out of fashion; controlling assets that are making some oil tycoons want to consider a career switch. They’re living the real celeb life – hopping from private jets to limited edition cars and SUVs.

With minimum earnings about N6.5M per month, and highest incomes nearing N50m per month in some cases, these fab few are raking in the big bucks, and making hundreds of their colleagues green with envy.

Below is the definitive list of those who made the biggest dough in 2012:
D’BANJ: Gone are the days when he made N10m in a week. These days, the superstar entertainer is making more business deals than hits, and the figures are amazing, from CRBTs to distribution, content syndication, and several non-music projects. Paid between N5 and N15 for engagements, and enjoying royalty returns from here, the UK and US, the former Mo’hits front man could soon be moving from the millionaires to the billionaires’ club.

OMOTOLA JALADE-EKEINDE: Omosexy cashed out with her reality show ‘The Real Me’ for which she reportedly got paid a huge sum. She also featured in two big budget movies ‘Amina’ and ‘Last Flight to Abuja’.
PSQUARE: The twins probably made the most money this year jetting round Africa headlining sold out shows attended by thousands. Peter and Paul Okoye, whose billable hours attract close to double figures in the millions, also signed a distribution deal with Universal Music. With sold out gigs here and abroad, the brothers have built a wild following that makes sure promoters keep asking for them. Easily one of the highest paid Nigerian acts.

GENEVIEVE NNAJI: The Nollywood actress is ahead of her peers, benefiting from endless endorsements (Loya, MUD, Range Rover etc) and reaping dividends from private businesses she’s keeping off public glare. Paid a mind-boggling figure to act in the movie adaptation of Chimamanda Adichie’s ‘Half of a Yellow sun’, Ms Nnaji rarely takes up movie roles these days. When she does, it must be worth it.

DAVIDO: The young son of billionaire businessman Deji Adeleke is making daddy proud earning his own money at the young age of 20. Davido who started out as a rookie less than two years ago now charges four to five million Naira to perform at gigs and here’s the good part, he gets to perform at least three gigs in a week. Could be up to five, in seasons such as this. 2012 incomes include the N30m deal with MTN…
2FACE IDIBIA: If he didn’t make the list, wouldn’t you be scared? 2face started the year, releasing his fifth solo album and then embarked on a sponsored US tour. Charging as much as $60,000 per show, Mr. Idibia was busy all year, headlining gigs all over. Investment in real estate and hospitality (including Club Rumours, in Ikeja, Lagos) also paid off.

FUNKE AKINDELE: The actress-producer is still enjoying the success of ‘The Return of Jenifa’ from which she reportedly made over N30m. She has also been made the ambassador of Nigerian job websiteJobberman, a deal worth millions of Naira. That’s in addition to the endorsement deal with Telecoms Company GLO and the Lagos Inland Revenue Service.

DON JAZZY: The MAVIN Records boss signed a deal with Samsung Africa and broke bank with the Loya Milk deal. With his eyes firmly on the prize, the gifted producer moved beyond the Mo’Hits beef to focus on pushing and monetizing MAVIN content, while expanding into fresh business areas. He’s penned a deal to produce the theme song for the Africa Cup of Nations holding in 2013… And the recently launched Pop Club is a year-end addition that’ll sure bear fruits….
WIZKID: The EME pop star this year made big bucks from his endorsement deal with carbonated soft drink Pepsi. Same for his deal with Star, for the all-star song. And all through the year, he stood as one of the highest paid acts, charging between N4m and N6.5m for performances here, and usually more, for gigs in Dubai, England and elsewhere…
IYANYA: Being his most promising year so far, Iyanya made quite a fortune off his ‘Kukere’ single. Performance fees doubled, tripled then doubled again, causing him to swim in millions. Just this year, he relocated to an expensive apartment in Lekki and bought for himself a Range Rover HSE. Next year should even be better.

BASKETMOUTH: Bright Okpocha’s transition from mere stand-up comic to events compere and TV host has the big bucks rolling in for him. His Globacom endorsement remains intact, and he’s delved heavily into show promotions here and abroad. There’s also the successful EmBARssy Lounge on Lagos mainland.

By Osagie Alonge and Victoria Ige
for: The NET
Posted by Unknown at 13:02