Why I Left Christianity and Chose Hinduism ––Yoruba Actress 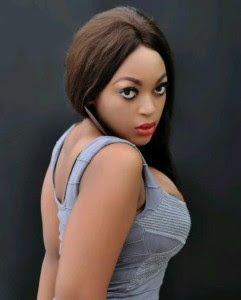 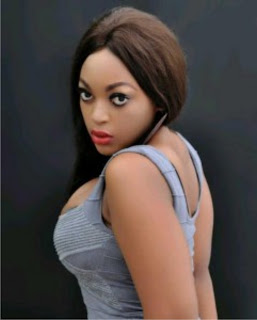 She joined the industry about four years ago and already she has become one of the most-sought-after actresses in Nollywood. Biola Ige is an epitome of beauty. Recently, she suffered a terrible growth of her thyroid gland that affected her neck, tongue, complexion and ultimately her budding career.
Then, it looked as if, all was over for her. But with divine intervention, she was flown to India where an operation was successfully carried out on her. And today, Biola can live to tell her story.

In this chat with Florence Amagiya, she talks about the operation, the rumoured controversy between Tonto Dikeh and her new-found faith – Hinduism. Excerpt:

Is it true that you went to India to undergo an operation?
Well, I was very sick at some point in my acting career. I ran different tests because l didn’t know what was wrong with me. The test results showed I had thyroid problem. So, I travelled to India for treatment as well as to worship. I am sure people would think I went there for spiritual powers.I am sorry to disappoint you guys because I am not that kind of person.

When you said to worship, what do you mean by that?
It was an avenue for me to worship my God and yes, l worship as an Hindu. I know what you may want to say. I do not see anything wrong with following any religion of your choice. It is a free world. And I choose Hinduism.

Did you become an Hindu when you travelled to India or while you were in Nigeria?
I was a Hinduist before I travelled to India. I was a Christian before I changed my faith and I must tell you I have found peace in Hinduism. And in India, I felt at home. I didn’t feel like returning to Nigeria again because everyone was so nice to me.

What is the controversy between Tonto Dike and yourself?
When I was sick, there were a lot of stories flying here and there that Tonto Dike was responsible for my sickness. But l didn’t believe it because we were not even friends before I fell sick. And why would Tonto Dike want to harm me when she has made a name for herself?

Are you in a relationship?
I don’t have time for that at the moment. I have just returned from a long break of illness and l need to make up in my career for the time I have lost.

Some of your female colleagues are getting married to married men. Would you marry a married man?
When I am in a relationship, it takes my whole being and life. So if I am in love, l fall hopelessly in love, hence l cannot see myself loving another woman’s husband. I cannot share my man at all with any woman as I do not share my love.