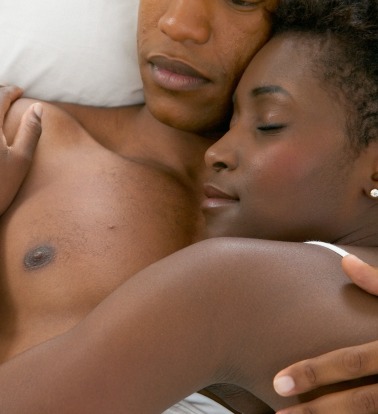 A popular gospel musician was recently caught red-handed in the act with his girlfriend.

Consequently, the randy musician (name withheld) has dumped his wife of five years for the small girl. His wife said she found him with the girl in bed in their matrimonial home. According to the wife, the girl he was sleeping with is in her early 20s.
After being confronted, this gospel singer abandoned his wife and fled with his sexy girlfriend and, sources say, the two are currently hibernating in another area of town. The musician had a two-year-old daughter with his wife.

Below is what the wife said about the incident:
"I was coming from home when I found my husband in bed with another woman. I had heard rumours in the neighbourhood about this girl until I caught them red-handed. I don't know what I did to him that has led to this incident. I can't believe this."
Posted by Unknown at 16:07