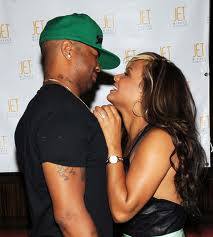 I had sex with my mum’s boyfriend and I’ve discovered I’m pregnant. What makes it worse is that my 19-year-old sister has told Mum she is expecting by the same guy.
I am 17, he is 36. I have always been attracted to him ever since he came into my mum’s life about a year ago. She and my dad divorced and he married again fairly soon after. I didn’t much like his new wife so I saw less of him as the months went by.

My mum was miserable for a while but then she started going out with some friends and this is how she met her new man.
He is in very good nick for someone of his age. I was between boyfriends at the time and feeling a bit lonely. One evening he was going to go down the pub because my mum was out seeing my gran, but I suggested he should stay and keep me company and we’d have a drink.
He took some persuading but agreed in the end. My mum knew nothing about it. She wouldn’t have been happy as he is a bit of a flirt at the best of times. She has caught him texting other women and gets very steamed up about it.
He said he would stay and have just one drink. “One drink” turned into several and we were both quite drunk. There was something funny on television and we started to laugh and laugh until we cried. We just couldn’t stop and we sort of fell into one another’s arms and started hugging and kissing.
Next thing we knew we were undressing one another and then we had sex right there on the sofa. It felt all the more wonderful because we knew it was risky and against the rules and Mum would have gone mad if she knew.
I assumed it was a one-off, our secret, then my sister announced she’s having his baby. Mum hit the roof and screamed blue murder. Then she kicked her out of the house. She has gone to a mate’s.
He has disappeared off the scene for the time being, having denied it all. I’ve tried to contact him but I get nothing. He doesn’t return my calls or texts.
Now my period is late but I have not told a soul. I am scared so I pretend it isn’t happening. I am my wits’ end about what to do. I feel so stupid.
Posted by Unknown at 01:06