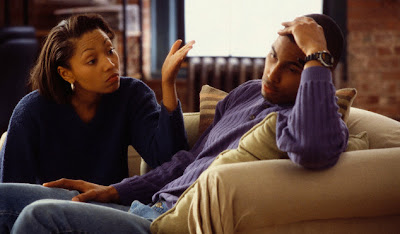 A good friend of mine sent this to me and I think it’s interesting. Enjoy:

“Husbands need to start assisting their wives in the kitchen, be it physical or moral support. It doesn’t kill to be able prepare one or two meals. Take over the kitchen on some days.”

I am sure you are wondering ‘what does a bachelor know about marriage?’ Well I’m glad to inform you that an observer sees more than the participant(s). So, we can say I’ve seen and learnt a lot.

A major example: now husbands can’t afford to tell their wives to be housewives, if the economy isn’t influencing that decision, the woman is way too exposed to listen to such balderdash. Everybody brings something to the table these days. It’s a partnership.

Men are becoming increasingly involved in parenting from cradle to adulthood. It is no longer the days of fathers being aloof, iron fisted et al. There’s now an open door policy, increasingly approachable fathers. Few 20th century fathers are like that, now it’s the norm.

Let’s quickly look at an issue that need to be corrected in the 21st century marriage: When she’s cooking, keep her company and have a taste of all the ingredients (dried fish tastes nice *wink*).

But why do ladies drop their guard after the wedding?
During dating and courtship, you take special care of your look. You are conversant with all the fashion trends; know all the Mary Kay, Iman, Orekelewa, etc. But few years into marriage, you trade the bum shorts and tank tops for boubous, the micro-minis for tying wrapper across your chest. That’s so unfair. Please remain trendy and take your exercises serious.

I’ll like to conclude with this thought provoking tweet I saw “Oh ye women of Ikoyi Baptist. Don’t thou knowest thy husbands lay with paper thin girls? Yet, the most exercise ye get is rolling thy eyes”. (laughs)