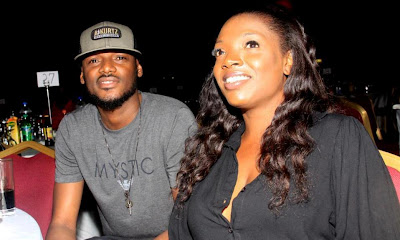 Hopeless romantics who are eagerly anticipating the grand 2face and Annie Idibia white wedding next month will have to wait a bit more.

Contrary to what has been widely publicized, NET investigations have revealed that the celebrity couple aren’t walking down the aisle on February 14, 2013.

Instead of the hugely expected February/Valentine wedding, multiple sources have told us Idibia is hoping to stage a lovers’ concert on February 14, in partnership with Now Muzik and Edi Lawani’s Showbiz Network Services. The pop icon will also honour other performance engagements in and around Lagos.

‘Forget all the noise about February 14, Innocent and his wife have other grand plans up their sleeves and are not ready to give up the details just yet’ one major insider told NET last week as Annie continued her luxury shopping from the US to Dubai.

On January 7, NET exclusively reported that the couple had been planning an elaborate white wedding. We also reported that Annie had recruited some of her closest friends for her ‘planning committee’ and a select few to be her bridesmaids.

‘Annie isn’t settling for a secret wedding, she’ll get her elegant white wedding like she’s always dreamt of’, a friend who’s familiar with preparation plans told us.

So where and when will the wedding be?
Posted by Unknown at 01:33