Where is the N2bn Budgeted for Police Colleges? 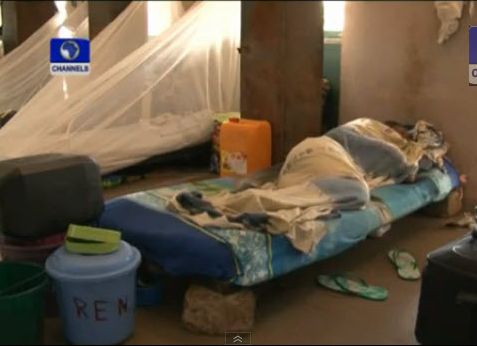 No less than N2.046 billion has been budgeted for the upgrade of facilities at the various police colleges across the country, yet the condition of living in the colleges remains pitiable.

Investigations have revealed that, in the budget years of 2009, 2010, 2011 and 2012, over N2 billion was budgeted for the upgrade of facilities in police colleges and training institutions located in eight states namely Lagos, Kaduna, Borno, Enugu, Oyo, Rivers, Ondo, and Osun states.

The authorities of the Nigeria Police were shifting blames on Monday when Leadership Newspaper inquired about the whereabouts of the funds meant for the maintenance of police colleges nationwide.

Checks has revealed that the Kaduna college is "TOTALLY" uninhabitable.

The cover over the sorry state of the police training institutions was blown open following a report on the terrible state of the Nigeria Police College, Ikeja, Lagos, done by Channels Television recently.

The documentary, it is believed, prompted President Goodluck Jonathan’s surprise visit to the Nigeria Police College in Ikeja, Lagos, on his way to Cote d’ Ivoire for an ECOWAS meeting, last week.

The visit, said to be “a fact-finding inspection” by a police source, was intended to enable the president address certain issues hampering the qualitative training of policemen.
Posted by Unknown at 02:19