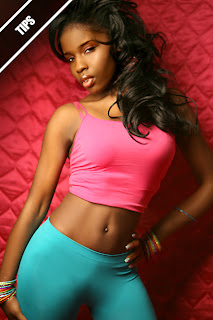 We define the “backup guy” as a guy who is more than a friend, but less than a boyfriend. He’s the safe, terrifically nice guy who’s always surrounded by women that complain to him about the cold-hearted losers they’re dating. He’s the boyfriend substitute women call upon when all other options vanish. He’s always surrounded by women who want to date someone just like him– except they won’t date him, for whatever reason.


The following 5 signs are all giveaways that you’ve fallen into the “backup guy” trap. With a quick perusal of the list below, you should be in a good position to decipher when to continue your pursuit and when to walk away with your dignity intact.

1. She rarely return your calls

If a girl is attracted to you, she should be calling you at least once for every three times you call her. However, if you don’t hear from her for weeks or months at a time, and all of a sudden she wants to hang out, take it as she’s just bored or is between boyfriends and there’s no one else to call.

2. She regularly cancels at the last minute

It is certainly fair to cancel plans occasionally for a legitimate reason, but if she flakes on you consistently and doesn’t try to be flexible with her schedule to free up time for you, it shows that she holds little respect for you at and that she doesn’t want to commit in case something better comes up.

3. She teases you along with the simple intention of keeping you around

She romantically teases you along with things like “accidental” kisses with the simple intention of keeping you around so you’ll always be there to rescue her. She even allows you to sleep in her bed so she can talk to you all night long about her feelings.

4. She tells you what a great boyfriend you’d be… for some lucky girl

This is basically like saying “you have all the qualities I’m supposed to want in a guy, but for some reason I find you sexually repulsive.”

5. She talks about other guys while you are with her

She asks you for advice about different men she’s attracted to and constantly tells you about all her problems with them. When a woman you’re interested in becomes comfortable enough to openly talk to you about all her problems with other men and asks you for advice about the guys she’s attracted to, she doesn’t see you as a potential lover–You’re in the FRIEND ZONE.
Posted by Unknown at 00:53