Single Lady Duped By A Married Man Of N2.9m 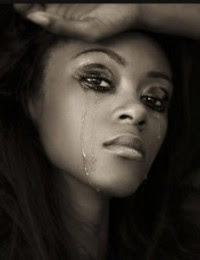 Ladies will save themselves all these troubles of looking for husband by-fire-by-force in their thirties if they learn to be less money conscious and too selective when they are in their twenties:


“The married man deceived the lady to take him to her parents with a view to making his intention known and pick a date for marriage.

“Based on the relationship and trust, she became convinced and entrusted the sum of N2.9 million to him which she wants to use to buy a RAV 4 car. The car was to make their wedding preparations easy but the man collected the money and disappeared."

A Karu Upper Area Court, Abuja, on Thursday denied a 40-year-old married man, Godwin Ochapa, bail for collecting N2.9 million from his lover with a promise to marry her, but absconded.

The accused was arraigned before the presiding judge, Umar Kagarko, on a four-count-charge.

The prosecutor told the court that the accused indicated his interest to marry Misss Nebo Ogochukwu and that based on the promise, she believed that the accused was seriously in love with her.

He said the married man went ahead to introduce Miss Nebo to his elder sister as his wife to be, and fixed a date to enable them travel to her home town in the East for introduction. The lady later discovered that it was all arranged to dupe her.

The offences are punishable under the Penal Code. The presiding judge, Umar Kagarko, adjourned the case to May 6 for hearing of bail application and trial.
Posted by Unknown at 07:18