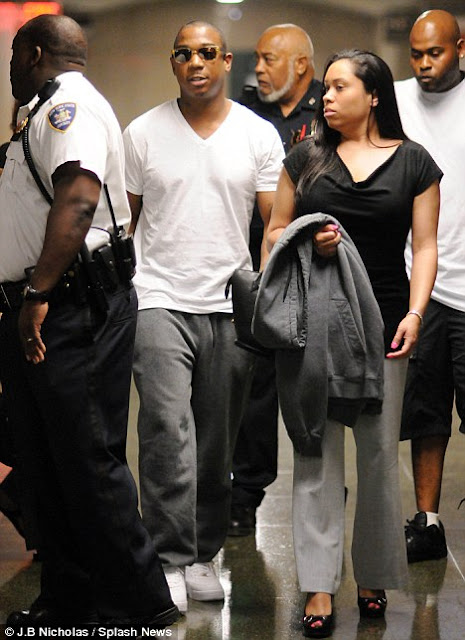 Ja Rule has been in prison for attempted illegal possession of gun and tax evasion. He spent two years behind bars for the offences.

The top US rapper was released from Ray Brook Federal Prison in New York on Tuesday May 6th but will remain on home confinement until July 28th.

After investigation during which Ja Rule was found culpable, he was sentenced to two years in prison for attempted criminal possession of a weapon and 28 months for tax evasion. The sentences both ran concurrently. The rest he will serve at home.
I hear his pals are planing a 'small' bash as sort of a welcome home party for him.
Posted by Unknown at 03:23