The Bitter Truth About Sugar: How It Affects You 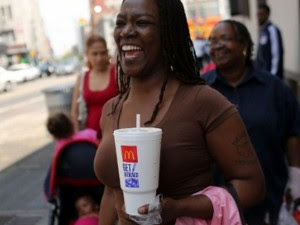 Sugar is sweet, and that’s an obvious statement! Yet, researchers say its consumption is fraught with health problems.


Researchers describe sugar in unsavory words as “a drug that has no nutritional value and an addictive chemical.” They argue that eating sugar puts you at a higher risk for Type 2 diabetes and weight gain — whichever comes first. That is not all. Here’s how sugar affects your body...

Sugar is colourless or white when pure, and brown when less refined. It is obtained commercially from sugarcane or sugar beet and less extensively from sorghum, maples, and palms.

Sugar comes in granules, cubes, and all the various mixes of glucose, fructose and sucrose, not forgetting the so-called high fructose corn syrup found in many salad dressings, ketchup, coffee creamers, etc.

Of course, there is natural sugar in fruits, but they are also rich in fibre, which slows down the release of the sugar molecules. When consumed, fruits nourish the body — as opposed to the way prolonged and excessive use of processed sugars destroy health.

Meanwhile, do you know any processed food that does not have sugar at its centre? I doubt it. From confections to canned foods and fruit juices, the ubiquitous presence of sugar cannot be overlooked. Food manufacturing companies court it like a beautiful bride, as they use it generally as sweeteners and also as preservatives.

Indeed, modern diet is hardly complete without intake of something sugary along the line. Perhaps this is why scientists are sounding relentless warnings about the health implications of this sweet stuff.

The brain
A neuroscientist at the National Institutes for Drug Abuse, Dr. Nora Volker, used brain imaging to prove that sugar has the same effects that abusive drugs like cocaine, heroin and methamphetamine have on the brain.

The report, published in Psychology Today, states, “Sugar leads to dopamine release in the nucleus accumbens — an area of the brain associated with motivation, novelty, and reward.” This is the same brain region implicated in response to cocaine and heroin.

“This effect, known as cross-tolerance, shows that addiction to one substance makes it easier to become addicted to another substance that may use the same brain chemistry,” says Princeton researcher, Dr. Nicole Avena.

And when you see someone who seems unable to get enough sugar in his food, you might as well be looking at someone who is already addicted to sugar!

Eyes
A research done by scientists at the Human Nutrition Research Center, Tufts University, Boston, and published in The American Journal of Clinical Nutrition, shows that eating excessively sugary or starchy foods may make eyes more vulnerable to age-related macular degeneration — a top cause of vision loss. They note that AMD typically starts late in life, and affects the retina.

Teeth
Generally, sugar corrodes teeth enamel, causing cavities. Scientists say when sugar is present, the bacteria that are naturally found in the mouth multiply faster, making the plaque to grow in size and thickness. “Some of the bacteria turn the sugar into a kind of glue that they use to stick themselves to the tooth surface. This makes it harder for the bacteria to get washed away with your saliva,” they warn.

The heart
Another scientific research done by a registered nurse at Emory University, Jean Welsh, describes sugar as “heart-stopper.” A research published in The Journal of the American Medical Association found that adults who eat plenty sugar are at risk for the cholesterol problems that can lead to heart disease.

According to evolvingwellness.com, when we eat too much sugar, we need calcium, an alkaline mineral that is highly abundant in the bone, to neutralise the acidic effects. “This negatively impacts mineral balance, weakening the bones and making them porous. Eventually, it leads to osteoporosis,” the online portal deposes.

“Eating sugar makes your immune system slow down to a crawl. In fact, sugar has been found to almost paralyse the white blood cells responsible for engulfing harmful invaders like viruses and bacteria for up to five hours, while it also reduces their ability to work properly by up to 40 per cent,” researcher say.

“In the female body, this spells trouble for reproductive health, as large amounts of insulin overwhelm a woman’s ovaries and can make her stop producing progesterone —the hormone required to prepare the uterus for pregnancy — and throw off the hormonal balance.

“Besides contributing to a number of serious female problems — including infertility, miscarriage, birth defects, polycystic ovary syndrome and even fibromyalgia — a high-sugar diet also could be connected to chronic fatigue and recurring yeast infections,” Metzger says.

Severe PMS
Eating too many sweets makes women feel worse right before their menstrual cycles. Researchers at the American College of Obstetricians and Gynaecologists say 85 per cent of women who menstruate report one or more Pre-Menstrual Syndrome symptoms, and that managing sugar intake could be one of the most powerful and effective ways to curtail PMS-related symptoms.

Insomnia
Sugar may be keeping you up at night, says Dr. Fred Pescatore, former associate medical director for the Atkins Center. He says sugar affects insulin levels, and insulin levels affect cortisol levels. When cortisol levels increase, it can make it difficult to fall asleep or stay asleep.

“If you’re one of the people who wake up at two or three in the morning, try decreasing the amount of sugar you eat and you’ll stay asleep,” says Pescatore,

The stripper
Finally, scientists say as your body digests sugar, it strips it of valuable nutrients. This is because sugar digestion requires many vitamins, minerals and enzymes to be stripped from healthy cells. This tasks the system, and the situation is worse for those already used to poor diet.

Way out
Does this mean we should stop eating sugar altogether? Scientists answer: “You’ll find added sugar in foods we know are bad for us — such as soft drinks, lollies, cakes, biscuits, pies and pastries.

“Sugars found in nutrient-poor foods are the ones that are increasing our waistlines and therefore, increasing our health risks. Remember that sugar isn’t the only ingredient that you need to avoid. If avoiding sugar means you eat less processed foods and more whole foods — fruit, vegetables and whole grains — then that’s a good thing. But if you’re swapping sweet treats for fatty or salty ones then you’re not doing yourself any favours.”

The bottom line: It is possible to maintain a healthy diet and enjoy the occasional treat.