Why Men See Her As Sex Symbol, Seyi Shay Speaks 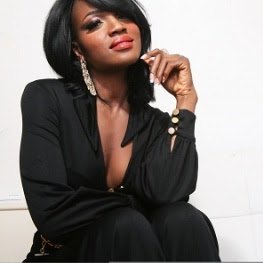 Female Rapper, Seyi Shay was formerly part of the UK girl band, From Above. She retruned to contribute her bit to the Nigerian music industry. She is currently signed on to Flytime Music and has two singles out - Erawo and Loving Your Way. Below is what she told Punch about her experiences:

My Background and how it all started


I am Oluwaseyi Joshua but popularly called Seyi Shay. I am from Ife in Osun State. I am a rap artiste. I was born and raised in the United Kingdom. I went to Queens College, Yaba, Lagos for a couple of years but completed my secondary school in England, where I also attended the University of East London. I read business management.

Me, my music
Music found me. I grew up in a household of three other siblings (I’m the youngest), my sister sang in the church choir with my mother. She used to write songs and I watched her write and sing songs when I was about four years. Also, my brother was a disc jockey and he used to practise at home. At the age of 14 (I am 26 now), I became a professional singer. I joined London Community Gospel Choir, my school choir, on an annual tour to Japan. I was 14, going to 15 and I spent my 15th birthday on stage in Japan. I got my first pay for doing music.

Later, the band broke up, my mother died a year later and I found myself in another girl band. It was formed by two European girls, one Mauritian and one mixed-race girl and me. We had this idea of being like the new Spice Girls and then Matthew Knowles took a trip to London one time with Beyonce Knowles. He was asked to come and check out a new group who wanted to be like the next Spice Girls. He came to one of our rehearsals and that was the day he said, ‘I want to sign you girls and take you up.’

Journey to Nigeria
The day before my mother died, she told me in Yoruba that I would still end up in Nigeria and that resounds in my head. I met Sound Sultan early 2011 in England. He came into a studio I was working and he was impressed by my song. We just hit it off, recorded a song together and shot the video the next day because we were so excited by each other’s talent.

Success
I would attribute it to hard work, years of experience and believing in God. I am a female but men would always see me as a sex symbol.

My name Seyi Shay
My sister would always call me Seyi Shay. Moreover, when I was in the group, From Above, our manager did not like the way my name was spelt, so he used to spell it ‘Shay’ because it was easier for new people to understand it.

Entertainment in Nigeria
There is not much stability, security, or discipline out here. Everything just happens how it happens. In the UK and America, singles are measured by the song and chart position, which we do not have here. Here, singles are measured by the videos. Here you do not make money out of radio play but there is a lot of work you have to do as an artiste. I am facing challenges as an artiste and the biggest is that I am a female. Being a female might make me an easy sell on stage but there is a lot of sexism and bias in the industry.

Leisure
I cook, go to the gym and spa. I do not even have a beauty routine. I just eat whatever and I dance it off. If I have time, I will go to the gym to work it off. I eat anything I like because food is meant to be eaten, indulged in, and enjoyed.

Fashion
When I’m off stage, I dress comfortably. I always make sure I have my face tidy so I can look like a normal girl, which is actually what I am. When I am on stage or in front of the camera, I become my alter ego because then everything is all about sequins and glitter.
Posted by Unknown at 21:10