Husband Impregnate Housegirl and Gets A Boy & Wife Has 4 Girls 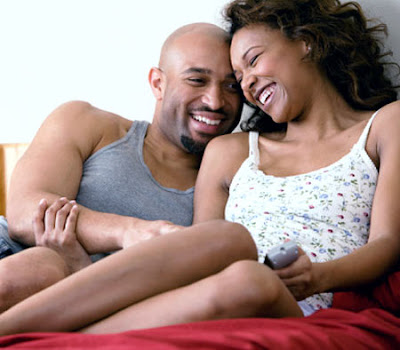 For a mother, who was just delivered of a baby, she was just too sad. The nurses were curious when Uju cried when she saw it was a girl. Of course, she knew her husband would have left the hospital in anger. Reason? This was her fourth baby and it was another girl!

She felt like a failure because she had not given him a heir. Her first-born, Abigail, 10, is in secondary school and her in-laws already sniggered at her. Though her husband did not complain, she could see that he was not happy at all.

She spent two days at the hospital and did not see her husband until she got home with the baby.
This time, he had packed her things into the guest room and said he didn’t want to be disturbed with the cry of her daughter! Her husband, Mr Uche, hurled abuses at her and the children. He cursed the day he met her and kept asking why he married from her family.


She accepted fate and nursed her baby with the help of her nanny, Nkem. She had brought the girl from the village to help with house chores and at her shop. Nkem came when she had her third daughter. Then, she needed extra help around the house and sent a message to the village. Fortunately for her, Nkem was available. Nkem’s mother was late and was a very good friend of Uju before her death. Uju didn’t hesitate to enroll her in one of the secondary schools in their neighbourhood because she was a good hand with her children.

When her last child turned three years, Nkem was 19. Then, Uju observed that her children had started developing resentment towards Nkem. Whenever she asked her first daughter the reason for this, she told her that Nkem was becoming annoyingly secretive.

According to her daughter, she had come home from school unexpectedly and opened the bedroom door to see Nkem counting money. There were packages on the floor while new underwear were on the bed. She asked Nkem where she got the items but Nkem shut the bedroom door in her face.

Uju became curious and probed her daughter more. Her daughter told her that Nkem was always sneaking into their daddy’s bedroom. The girl said she watched as Nkem tiptoed into the room but came out again.

Uju was worried but she didn’t believe her husband could have an affair with her maid. When she could not contain it, she discussed it with her husband and told him Nkem had to be sent back to the village!

Her husband refused and he scolded his wife for talking that way. He said Nkem was an orphan and they must help her through school. Uju had no choice but to accept her husband’s word.

Six months later, Nkem took ill; she was vomiting and was feverish. They rushed her to the hospital thinking she had malaria. After examining her, Nkem was discovered to be pregnant! Her skin was pale while her face and legs were swollen, she looked three months gone already. Uju chided herself for being too preoccupied not to have noticed her pregnant maid.

“This is an opportunity to send her home,” she told herself but again, her husband opposed the decision – Nkem must be taken care of since her parents were dead, he said. At that point Uju became angry with him and they quarreled to the extent that family members were invited.

Was she shocked when her husband later confessed to his elder brother that the pregnancy was his? As expected, the in-laws implored the angry wife to accept Nkem as her husband’s second wife. She agreed.

Six months later, Nkem gave birth to a baby boy! Her husband was happy and threw a party. Her husband cannot get over the joy of having a male child.
The home is now hellish for Uju, and she's considering packing out.
Posted by Unknown at 08:46