NOLLYWOOD'S THELMA OKHAZ DROPS NEW SINGLE, 'I LIKE THE WAY' 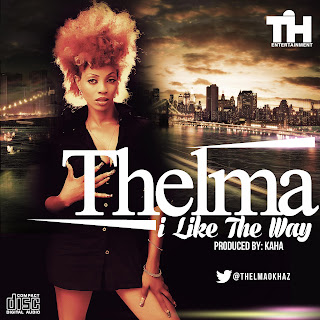 Thelma Okhaz needs no introduction. The
Nollywood diva & Iroking Babe who ventured into music recently and is determined to make her mark has just released her second single and her first solo effort titled, 'I Like The Way'.

Having won the Next To Blow in RnB category of the 2012 Gbedu Music Awards on her debut, Thelma seems more motivated for greater course in the music industry this year and she's promised lots of surprises.

Produced by Kaha, the video for the new single has been shot by Patrick Elis and will be released in few weeks time. Keep your fingers crossed!