Extramarital Affairs And The Psycho-Social Impact 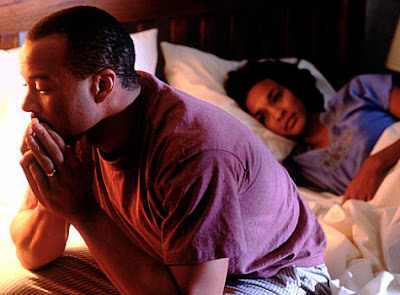 Having listened to the grief and pain another of many friends expressed to me over the infidelity of her spouse, I thought of what thoughts had gone through the minds of the long-suffering wives.

In this part of the world, people always attach pound or dollar signs to everything in the delusional belief that it is the answer to everything. But there are some things that no amount of money can heal.
Over the course of my extensive clinical practice, I have worked with several individuals and couples who have engaged in extra-marital affairs and I have been struck with the single theme that has run through all the cases, which is the psychological impact on both male and female albeit in different forms. The circumstances that drive men into infidelity are different from those that turn women unfaithful. Some of the shared emotions by both sexes are: significant damage to the spouse’s self-image, personal confidence, feelings of abandonment, attacks on their sense of belonging, betrayal of trust and rage.

Sharing sexual activity and emotional feelings with someone other than your spouse ultimately reduces sexual desire and activity within the primary relationship, as resources and attention are directed away from the primary partner. Even when this may be accepted on a moral level, it is quite painful on the psychological level. Most married people who care about each other will feel intense jealousy if suspecting their lovers might be having additional relationships outside their marriage.

Denial of spousal love makes people feel worthless and rejected and these feelings commonly turn them defenceless and open to infidelity. Although marital unhappiness makes people susceptible to infidelity, this is not always the case; as is the case with many African men who view infidelity as a sport. It is much more about the way the individual thinks that makes them so. Men tend to draw a strict demarcating line between love and sex.

Although they love their wives, they engage in illicit relationships to spice up their lives and simply because they can. Basically, it is the cultural and societal upbringing that determine whether adultery is perceived to be wrong or accepted. It is interesting to note that a practice can be a norm in one society and a taboo in another(the French certainly have very different attitudes about it to the Americans).

Men are known to stray more than women in patriarchal households and this is passed down generations. The socio-economic conditions at the home front have a deep impact on the attitudes of the family members. The devastating emotional impact of infidelity results from a couple’s powerful dynamics. Trust is shattered – of one’s ability to discern the truth. Learning to trust, not so much your spouse who has committed the indiscretion, but yourself, becomes an even harder task. The ‘secret’ that has been unearthed in the relationship plays a powerful role in the relationship. The secret exacts an emotional and sometimes physical toll.

After the discovery of an extra-marital affair, your life goes crazy. If you have just found out about the infidelity, you feel like everything you had believed is now false. The person you thought you could count on has betrayed your trust. You are enraged at your spouse and yet are disturbed by self accusations about what you did wrong (even if it is totally unjustified).

Worst case scenario is if it is someone you know. You have to save face in the community and behave as if you are not affected, while you might be consumed with fear of losing your home to someone else — an unnatural and impossible position to be in. I am always stunned when my male clients say they had no intention of leaving their wives as, if this a ‘fact’’ or justification that overrides the utter chaos their actions have created in their marital lives, at least for their spouse.

If you are the person who had the affair, you may be wondering depending on the nature and dynamics of your particular relationship, if your spouse can ever move beyond this or will it always be something held over you. You probably do not know what to do about the intensity of your partner’s anger, particularly when it keeps coming up over and over again in different manifestations.

By Gloria Ogunbadejo
(gogunbadejo@yahoo.co.uk)
Posted by Unknown at 21:01