Man Slashes Women's Tyres so he can hit on them 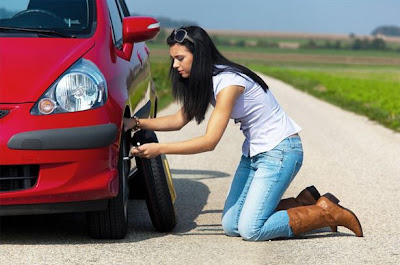 A 25 year-old Japanese man confessed this week to slashing as many as 1,000 tires in a bizarre, yet apparently successful scheme to pick up female drivers.

Yoshihito Harada was asked in court about the allegations that he would regularly poke holes in the tires of parked cars so he would have a reason to approach their female owners and hit on them.

“It’s true, I did it,” Harada reportedly responded.

When the women returned to their cars from the supermarket, Harada would approach, calling out, “Looks like you’ve got a flat. Let me fix it for you.” While changing the tire he would strike up a conversation with the women and exchange phone numbers with them. One woman who fell victim to Harada’s scheme told a female friend of hers, “I recently got a flat and a man offered to change it for me.” Upon hearing the story the friend exclaimed, “The same thing happened to me!” Suspecting a scam, the women reported the matter to police who launched an investigation.

Though Harada’s charges only pertain to a series of five incidents which took place outside various supermarkets between April 2011 and December 2012, Harada’s lawyer appeared to claim that his client may have slashed over 1,000 tires before being caught.

How many times did he get to smash? We need more data before we can determine if he was a creepy perv or a genius.
Posted by Unknown at 00:24