The Best Ways to Keep A Marriage Everyone Must Know! 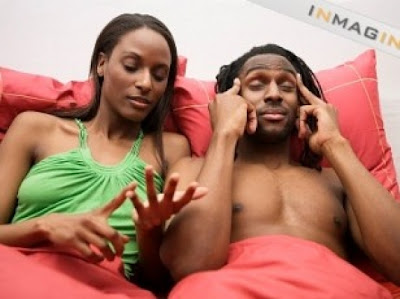 Every married person knows to be faithful, stay truthful and be there for his/her partner through good and bad times - they're in the wedding vows, after all. But most seasoned couples would admit that some unspoken rules are vital for getting past rough patches and growing stronger as a couple.
Here, experts share 10 of the less apparent (but just as important) marriage rules to live by:
1. Don't criticize your partner's parents or friends.
You know how it is-your family can tick you off but no one else had dare speak ill of them. That's why you should tread carefully with your in-laws and your husband's dearest friends. "Even when he's venting to you, your contributions can put him on the defensive," explains LeslieBeth Wish, EdD, a Florida-based psychologist and licensed clinical social worker. "When you take position A, you prompt your partner to take position B." Instead, says Dr. Wish, put yourself in his position so that you can empathize with him.

2. Tell your spouse about any ex encounters.
Whether you get a Facebook friend request or run into an old flame at your kid's soccer game, keeping the news to yourself could backfire, despite having zero feelings for the ex. "If there's nothing to hide, why hide it?" says Deb Castaldo, PhD, a couples and family therapist and professor at Rutgers University School of Social Work in New Brunswick, NJ. "That leads to an air of secrecy and dishonesty," she says. Just clue in your hubby matter-of-factly: Try, "I knew it was only a matter of time before old boyfriends came out of the woodwork on Facebook. I got a friend request from one and ignored it." Or, "I saw my ex in the mall today. His kids are cute. Glad to see his life turned out nicely."

3. Keep unsolicited advice to yourself.
Offer your support, lend your ear, but avoid speaking in an "I know what's best" tone. "We give advice because we're trying to be helpful, but it's seen as criticism when we offer too many corrections," says Harriet Lerner, PhD, clinical psychologist and author of Marriage Rules: A Manual for the Married and the Coupled Up. This goes for everything from your husband's outfit choices to how he deals with a work issue. Give your spouse space to make decisions and gain confidence through trial and error-and ask that he do the same for you, says Dr. Lerner. "What matters in a relationship is not that things get done 'right,' but that two people are dedicated to contributing to each other's happiness."

4. Don't take charge all the time.
Whether you fold all the laundry because you don't like how your husband does it or you manage the finances because you don't think he's as careful, you may feel more at ease doing all the work. But stop! "The spouse who does the rescuing can become tired of that role," says Dr. Wish--and resentful that everything is on her shoulders, even if she volunteered for that burden. Get in the habit of asking your partner, "What do you think works best here?" or telling him, "I could use a hand cleaning out the pantry." These requests will foster the idea that you're teammates.

5. Don't bring up past arguments.
Or at least put a statute of limitations on them. "People repeat ancient disagreements because they haven't resolved the problem," says Dr. Castaldo. Letting things fester often causes marriages to break down, she says. It's important to address issues as they happen and come to some sort of resolution--agreeing to disagree counts. "Leave it there, and respect each other's opinion," she says.

6. Choose your battles, but don't stifle your feelings.
"There's going to be toothpaste globs here and Post-it notes there; that's human nature," says Dr. Wish. "You have to be able to say, 'this isn't important.'" Or if it is, speak up. "Tell your partner why it bothers you and that you'd like to work on a solution," suggests Dr. Wish. You'd be surprised what you could learn about each other. For instance, your husband may not leave dirty dishes in the sink anymore if you explain that your childhood home was piled high with plates and you were stuck washing them. It's also important to understand that he's not plotting to upset you every time he's sloppy or forgetful. A simple request like: "Honey, it'd be great if you could pick up the dry cleaning while you're out" beats getting mad that he didn't offer to help with errands.

7. Don't post private thoughts or photos publicly.
You may not want to be tagged in a politically charged rant he starts or he may not want you to share photos of the kids. And you each deserve the other person's respect for those wishes. "Discuss the ground rules regarding posting about yourself, as a couple and about the other person," says Dr. Castaldo. And no matter what, don't take your grievances with your husband to the masses for support. "It's destructive to air conflicts on Facebook," she warns.

8. Log off.
When your attention is focused elsewhere, your spouse is bound to feel unimportant. So make quality time a top priority and restrict tech gadget use if necessary, says Dr. Wish. "Pay attention to the concept of ratio: How much time am I spending doing this compared to how much time I'm spending with my family?" she says. Create a rule that works for your household and stick to it, whether it's no devices at the dinner table, shutting down phones at 8 p.m. or going gadget-free on weekend afternoons.

9. Don't use the "D" word (divorce, that is).
Even in the heat of an argument, avoid threatening to pack your bags or head to the lawyer's office. Besides the "D" word being downright hurtful, repeated warnings may result in a spouse calling the other's bluff. "We act as if the intensity of our anger gives us license to say or do anything," says Dr. Lerner. "But threatening divorce is never useful, and it only makes the probability of separation more likely."

10. Be each other's number one.
In other words, be wary of outsider influence, like a friend putting relationship-threatening ideas in your head or work or hobbies competing for your attention. "Happy couples have just as much conflict as those who divorce, but they know ways to get through it," says Dr. Castaldo. "A couple has to have a strong boundary around themselves and they can't allow anybody to get in between."