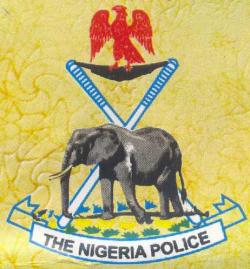 Culled From Sunnewspaper
A 19-year-old boy, Felix Inia and his 16-year-old brother, Stanley are now cooling their heels at the headquarters of the Delta State Police Command, Asaba, for allegedly defiling their six-year-old stepsister, Precious Kankamor. The incident, which eventually led to the death of the victim, occurred at Ogbe-Ijoh community, Warri South Local Government Area of the state. The suspects were said to have had carnal knowledge of the minor by forcefully penetrating her, which led to severe injuries in the victim’s private part.

Besides the injuries sustained after the alleged intimate abuse, little Miss Precious later developed protruding stomach, leading to medical complications that eventually cut short the life of the victim. Investigation revealed that the suspects’ mother got married to the father of the deceased after her first marriage ended with the death of Mr. Inia. The now embattled mother moved into her new marriage with her teenage sons, who unsuspecting, had eyes on little Miss Precious immediately they stepped into their new home.
They allegedly carried out their ignoble mission last month when they were left with the victim at home while others had gone out for the day’s activities. According to a police source, the younger Inia, Stanley, allegedly lured his elder brother, Felix, into the act. “The younger brother said he sold the idea to his elder brother. He (Stanley) assured his brother that there was nothing to be afraid of and that he (Stanley) had been doing it with other children in the area,” the source told Daily Sun. Public Relations Officer of the command, ASP Famous Ajieh, confirmed the arrest of the suspects, adding that they would be charged to court as soon as investigation was concluded.
Ajieh said the command was also investigating four suspects who were arrested during a raid on suspected criminal hideouts in Kwale in which one Improvised Explosive Device (IED) and nine live cartridges were recovered. Besides, Ajieh stated that the command’s special patrol team code-named Dragon 11 also attached to Kwale axis, while on routine patrol, intercepted two men on motorcycle who had in their possession one brownie pistol with tempered breech number. According to him, one of the suspects, Chukwudi Nwafor has admitted ownership of the firearm, which he claimed he bought in Jos, adding, however, that the matter was still under investigation.
Posted by Unknown at 20:58