My Husband Disappointed Me But Now I Have A Great Boyfriend 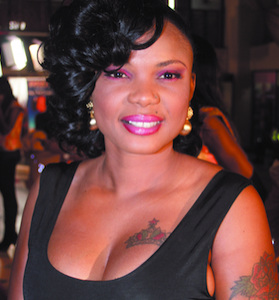 Life has been both rough and challenging for beautiful Nollywood actress, Iyabo Ojo but she has managed to hold her head up in spite of everything and she's making progress. In a chat with Punch, the single mother shares her experiences, the pain of leaving her marriage and her new lover.

How are you managing as a single mother?
My daughter is an award-winning actress. She is going to be 12 but she is not a full time actress. She is still a baby and I try to restrict her acting so that she can concentrate more on her studies. Once in a while, we allow her act and only when she is on holidays. It has to be once in a while. When I started, it was a bit stressful because my kids were quite young. I had to be a working mother and business woman at the same time. I am someone who always strives for perfection. I am a very organised person. I draw out my time-table. I have a schedule of my day-to-day life so I am never caught unawares. That is why I don’t work too much. If I have planned my month and a sudden job comes up, I will not take it. I always have a schedule I follow in life and it has always helped me. When I am working, I know how to place my kids in the right place, sometimes with my mother.

When they were much younger, they used to go with me but because of school, they stayed with my mother. I have some of my sisters that stay around. Now, my kids have grown up because my boy is 14 years old and the girl is 12 and they are both in secondary school. They take care of themselves more now. Apart from that, I still try to spend time at home more than I used to when they were younger because they need my attention now. I need to be sure that they are studying. They are becoming teenagers. Teenage pressure could be much on them so I have to be the father and mother to them at all times. It was not easy initially but as time goes on, you learn how to manage it. It becomes easy as time goes on.

How is your relationship with your ex-husband, the father of your kids?
I relate with their father. I do not talk about it because I give respect to my children, it is their privacy and they want to keep it private. Like I said, we were not just compatible, I met him and in a very short period of time, we got married. We really did not have much time to date. I was 21 years old then. In less than three months, I was pregnant and in less than six months, I was married to him. It was a very short period of time. We basically got married because of the pregnancy. We did not want to have the baby out of wedlock. We got married and we later discovered that there was some part of him that I did not like and there were certain things about me that he did not also like. We were not friends and that was the disadvantage. He was not my first, he was actually my third.

I feel apart with my first boyfriend. My second boyfriend, we did not get intimate. So my ex was actually the second but my third boyfriend. I was young, I had my first boyfriend when I was in SS3 and I was about 18 years old. Then we broke up and I had somebody else. We were more like brothers and sisters in Christ so we really did not have any sexual relationship. Then, I met my ex-husband. He was the second man I was intimate with when it came to a relationship. I was young and the kind of life he wanted was to be married and still live the bachelor life while I wanted him to be married and stay at home. That was were we started having issues and problems but we are still friends. He still communicates with his kids.

Do you regret getting married to him?
I do not regret leaving the marriage because I am better off. I regret rushing into marriage, but I do not use the word ‘regret’ anymore. It has become a lesson; I had to learn from that. Every disappointment is a blessing. Even though I felt disappointed that I got married at a young age and did not get to study the man I got married to and whose name I bear now, I still profited from it by having two wonderful kids. It is more than any other thing in life.

I vowed never to get married again
I said so back then when I was disappointed. When you are going into a marriage with so much expectation, hoping that is where you will end your life, you try all your best to make it work. If it does not work, you begin to have problems...

Tell us about you new boyfriend
He is a very caring person. It was not easy for him. He was really after me because when men come, I shut them off. I always put this defensive mechanism up. He was very patient and came in a very soft manner. We started as friends and we became lovers. His relationship with my kids is wonderful. My kids love him. He is a very busy person but any little time he has, he comes to see them and takes care of them. We have been together for a while. I keep my relationship very private. I made it public at a time and it was very stressful. When it is private, you enjoy it more because there are no third parties. He understands the nature of my job. He understands where I am coming from and I understand his too.
Posted by Unknown at 20:55