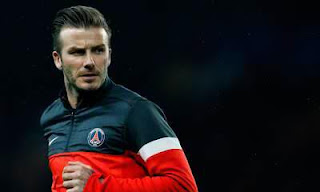 The 38 year-old model who donates his salary (PSG) to a local children's charity has topped the list of 10 richest players in the world. His networth was put at £175m.
Coming right behind him are world's best footballers, Barcelona's Lionel Messi and Real Madrid's Cristiano Ronaldo who are safely keeping the second and third spots.

Factors put into consideration include players' earnings, bonuses, endorsement deals, allowances, business ventures etc. While eight of the players are from the Spanish La Liga, the other two are from English Premier League.

Five of these players (Messi, Ronaldo, Ronaldinho, Kaka and Rivaldo) are former and even current World Best footballers (FIFA).