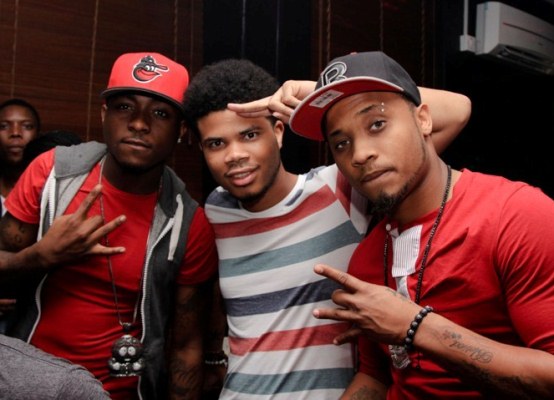 After almost two years of working together, Davido, 20, and his manager Asa Asika, 22, (center) have parted ways. They reportedly ended their working relationship a few days back but none of them have said anything about it yet, though they've both changed their Twitter bios.

I'm trying to find out what really happened between these two as there are a few versions of what led to their break up. One version claims that Asa was dropped because Davido has become too big an artist for him (Asa) to handle. Another version claims Davido assaulted Asa over money.
Posted by Unknown at 00:24