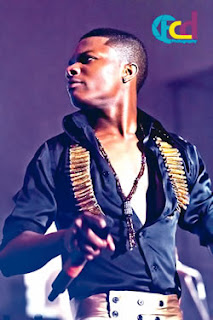 According to the Chief Marketing Officer of Spinlet, Mark Redguard, “We’re happy to have so many great names on our platform. We’re equally passionate about promoting our upcoming acts. Just like everyone else, I look forward to every Industry Nite. It has become a really exciting platform for both artistes and music lovers. But we are not only involved in Industry Nite; we have a number of other projects that will positively affect Nigerian music such as Gospel Night Live, Felabration, The Dagrin Tribute and more. There’s something for everyone on Spinlet.”

As title sponsor of the weekly Industry Nite which holds every Wednesday at Oriental Hotel, Victoria Island, Lagos, Spinlet has been able to attract some of the biggest names in the entertainment industry to the event, lending further credence to its mandate of promoting up and coming and established Nigerian artistes, and inspiring strong consumer appreciation and support for the industry. Acknowledging the company’s efforts, Tuface is quoted as saying, “The Nigerian music industry is extremely dynamic. I’m happy that Spinlet has taken the bold step to combat one of the greatest challenges to the Nigerian artiste’s dream: piracy, while also strongly promoting our music.”While Banky W adds, “I think it’s safe to say that with Spinlet, we are finally on the right track in fighting piracy, empowering artistes and promoting talent.”
Posted by Unknown at 16:21